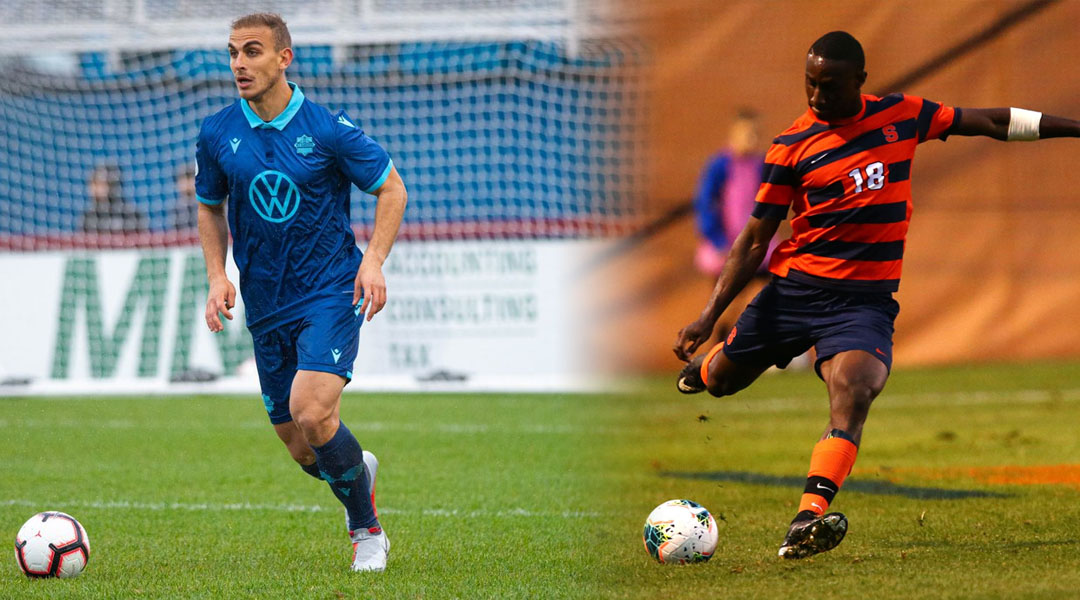 Canadian Premier League side Atletico Ottawa has added defenders Matthew Arnone and Nyal Higgins to the squad roster, the latter of whom arrived on loan from TFC II.

The two new additions now push the club roster up to its maximum size of 23, though league rules do allow for flexibility for further developmental contract signings, too.

Arnone is a name that will be familiar to Canadian Premier League fans, with the defender having made 28 appearances for the Halifax Wanderers two years ago, earning himself the fan nod for Wanderers Play of the Year in the process. He then moved on to York9 FC (Now York United) last year, where he was deployed in the defensive midfield role he had frequented with the York Lions under Carmine Isacco.

Arnone departed from the Nine Stripes at the end of the Island Games tournament, and in our discussions had been keen to keep himself in the professional circuit. With Atletico Ottawa, the versatile athlete now has a fresh start while remaining fairly close to home in Ontario.

Like Arnone, Nyal Higgins also developed with League1 Ontario side Vaughan Azzurri before turning professional. The centre-back was selected by Toronto FC in the 2020 MLS SuperDraft, where he was then ultimately sent to TFC II. He has made nine appearances for the USL side thus far, and spent the previous season on loan with Nykopings BIS in the Swedish third tier.

At 23, Higgins arrives as a loaned defensive addition with a high upside, and he’ll be an exciting prospect to watch for Atletico Ottawa fans. Here’s what head coach Mista had to say on the two new additions:

We’re excited to see Matthew and Nyal join us. They bring character and depth that will help us for the rest of the season. With the injuries we’re facing and the difficult schedule, we are happy to count on more options to shape our team and bring results to our fans.

The club noted that both new additions could feature as soon as tomorrow afternoon when the club kicks off against reigning CPL champions Forge FC, after which the team will have a week of rest before it’s pay-what-you-want home opener in Ottawa.

The club is carrying more than a handful of injuries, and will be missing defender Brandon John for the remainder of the season due to an ACL injury. The club recently unveiled Spanish forward Raul Uche as the Ottawa-based side’s final international addition of the 2021 Canadian Premier League season.

Atletico Ottawa did not disclose the length or financial details off Arnone’s contract. Higgins’ arrives on a season-long loan from TFC II.