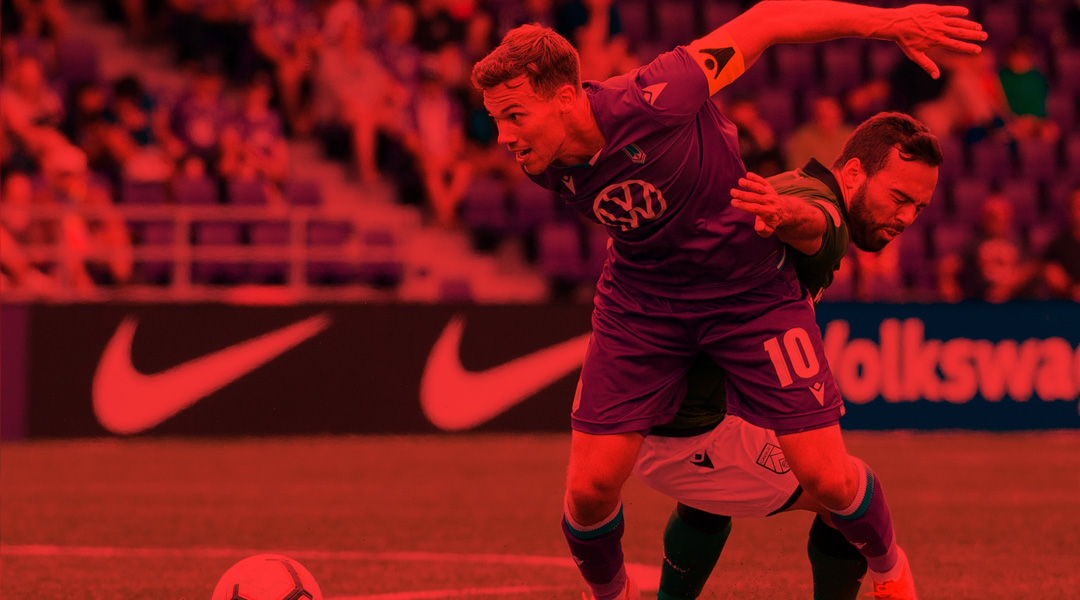 Fisk on Atletico Ottawa: ‘It’s Going To Be All Eyes On Us’

When asked if there was a certain amount of pressure stemming from joining the league’s first-ever expansion side, Ben Fisk simply laughed: it’s not really pressure, he says, but rather excitement.

Northern Tribune had a chat with the 27-year-old former Pacific FC midfielder after he made history last week by becoming the first-ever player to sign for Atletico Ottawa. The expansion side had targeted Fisk almost immediately after the club itself became official, and despite an individually successful season at Pacific FC, the Vancouver-born Canadian was eager to answer the call.


With his acceptance of a contract – of which the length and financial compensation is still unknown – Atletico Ottawa has landed a hard-fighting squad leader who helps out all over the pitch.

While Marcel de Jong was intended to be Pacific FC’s captain last season, an Achilles tendon injury sidelined the veteran international for the near-entirety of the 2019 season. With replacement captain Staro sidelined for a spell as well, former head coach Michael Silberbauer turned to Ben Fisk to lead a squad filled with youthful faces, and Atletico Ottawa’s new signing says his experience leading the locker room is going to pay off in spades during his time in the nation’s capital:

I think that’s one of the things they highlighted and basically why they brought me on board, I think. I’ve shown I can excel in that role, and learning off last year, especially, because before last year it wasn’t really a role that I had fallen into before. I’m very grateful for the experience of last year, because I feel like I’ve added another pillar to my game.

Of course, Fisk isn’t the only signing with Canadian Premier League experience joining the expansion side: signing up shortly after him were the likes of Malyk Hamilton and Ajay Khabra, and Fisk says they’ll bring with them rare collective experience in the footballing world: they already know what it’s like to play for a brand new team in its first-ever year, and that takes a lot of adaptability.

I think I learned a lot last year being a part of things at Pacific. First and foremost, you treat it like part of a startup business where things aren’t always in place perfectly, but if everyone is willing to roll with the punches a bit and step in as-needed to fill rolls, then you can created a very successful product.

While Ben admits he knows a few other new Atletico Ottawa signings, he states he’s somewhat in the dark himself. Beyond Hamilton and Khabra, the club has also brought in local youngster Antoine Coupland, who made history last year when he became the Ottawa Fury’s youngest-ever signing. Former Orlando City B defender Brandon John is also expected to be announced in the near future.

With only four players officially announced so far, there’s plenty more news to come when it comes to club signings. Atletico Ottawa will lean on the massive scouting department of Atletico Madrid for some of the them, with the Canadian Premier League offices having also offered to help the club with scouting recommendations so that it can piece together a competitive roster by the time the league begins a month from now.

To that end, Fisk isn’t worried – he has absolute faith in his parent club’s ability to help build up the Atletico Ottawa roster into a force to be reckoned with:

For me, personally, I’ve put faith in the parent organization of Atletico Madrid with their network and scouting teams. For sure, we’re going to have a very competitive team in year one and moving forward. I’m looking forward to meeting all of my teammates.

Fisk is due to depart to Madrid this week for a month-long preseason camp hosted by Atletico Madrid, using the same world-class facilities that the La Liga giant itself uses. It’s going to be a crucial month for the team, which will rely on the players getting to know one another very quickly in a high-pressure environment.

I think it’s an incredible way to kickoff the club’s inaugural season. We’re going to be there for almost a month as a group, and everyone following the league is aware of the time constrains on Ottawa. That’s no secret, and that’s not anything we’ll be trying to hide behind. I think that this month away as a group with very little distractions, creating that unity and chemistry from being together for such a long period of time, will do a lot for our on-field product this year and helping us come together as a team in a hurry. What I’m excited about for sure is just being a part of such a big parent club, and seeing their facilities, and the new stadium, I think it’s going to be incredible. I think the guys are going to feed off of that energy.

Fisk speaks fluent Spanish, which one imagines is going to come in handy during the club’s Madrid-based preseason. With Atletico Ottawa establishing a bilingual club culture catering to both English and French speakers, the midfielder says he’s looking into online lessons so that he can speak Canada’s other official language, too.


It was almost a month ago to the day when Atletico Ottawa revealed its first-ever head coach in Miguel Angel Ferrer Martinez, more colloquially known as Mista. Fisk has touched based with his new gaffer, though the duo have kept their conversations lights for now.

We haven’t spoken at length about tactics and stuff. I know that he has extensive experience from playing in Spain, and I hope that with my own experiences in Spain, I hope that we can work together and have a lot of good chemistry from a player-coach perspective. As far as our team specifically, I think it’s tough to narrow down your tactics until you have most of the roster filled out. I definitely have an idea of how we’re going to want to play, but until we see how the rest of the roster looks then it’s not going to be too specific about things.

When Fisk was on the west coast with Pacific FC last season, he had to endure one of the longer travel schedules in the Canadian Premier League, which includes one of the longest domestic away games in the entire world. Between that and the ample midweek games loaded into the inaugural campaign, some fans have speculated that it was a key factor in the struggles of coastal sides Pacific FC and the Halifax Wanderers – though Fisk refrained from offering up any excuses:

I think as a player, you have to play with the hand that you’re dealt. I don’t think travel is ever an excuse. Certainly, lowering travel definitely makes things easier on your body recovery wise. Last season, I didn’t feel like it was unmanageable, but I think that’s maybe a better question for the end of the season and I can let you know the comparison!

In any event, the arrival of the league’s eighth team means that the league has now safely done away with many of the strenuous midweek games that made for a rough travel schedule, and Fisk says he’s smiling just thinking about the reduced travel times that being situated in Atletico Ottawa will allow for.


Even after playing a role in Canadian sports history last season, Fisk is eager for his new chapter with Atletico Ottawa to begin. There’s going to be plenty of curious eyes watching the team, and he’s more than happy to represent his new badge with them watching:

Last season, it was incredible to be a part of this for players, staff, fans, everyone involved. This year it’s going to be kind of round-trip for me, with a brand new organization. The major difference for me is that we’re the only new team in the league, so it’s going to be all eyes on us. There’s a little bit of pressure with that, but as a player it’s more excitement that the whole league is going to be watching what we do on the pitch.

While only time will tell how the 27-year-old midfielder fares in the nation’s capital, one thing is certain: Atletico Ottawa’s fast-track to expansion came at the right time. Fans were eager to see the league show growth, and league commissioner David Clanachan says that the league must improve in all areas for its second season.

One has to imagine Fisk will have the same standards for himself.

Atletico Ottawa will kick off its first-ever Canadian Premier League campaign on Saturday, April 18, against Forge FC. A stretch of away games will precede the expansion side’s first home match at TD Place, which will take place on May 16 against the Halifax Wanderers.