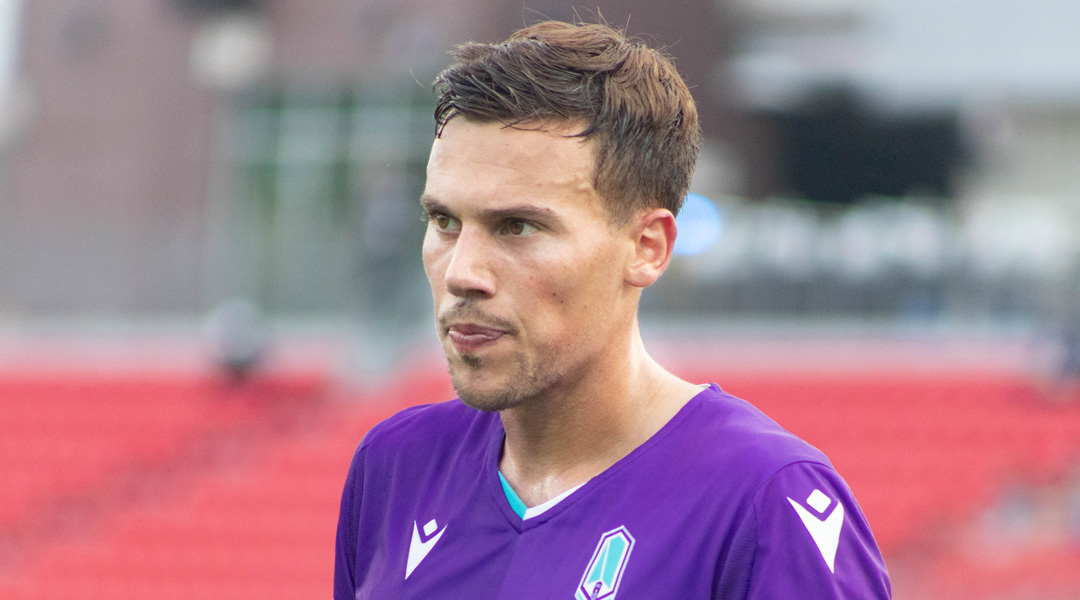 Today, the Ottawa-based club revealed that the 27-year-old Canadian midfielder has joined the side. Given that he’s held the armband for Pacific FC, it’ll be interesting to see if the Canadian veteran dons a leadership role at Atletico Ottawa, too.

As a proud Canadian I’m extremely excited for the opportunity to represent our nation’s capital in the CPL. With the backing of such a storied club, I think that Atletico Ottawa will set new standard for the league on and off the pitch.  I have no doubts we will be successful in year one and beyond.

Though he was born in British Columbia, the Canadian midfielder has roots in the nation’s capital, which is where his parents lived and attended university.

Here’s what club CEO Fernando Lopez had to say about the historic signing:

We are delighted to have secured Ben. Ben Fisk brings a wealth of talent and his experience playing in the CPL coupled with his international experience in Spain aligns with the values of the Atlético de Madrid’s brand and he will be a valuable asset of talent and experience, as well as be a leader on and off the pitch. […] I really like him as person, apart from the technical side and what he does on the pitch. He was one of the key players for Pacific last year. We really liked his technical ability on the attacking side. We believe we need to be very strong at his position, with someone with good technique. Ben is very fast and a smart player, and we need that kind of player close to the goal.

Fisk made 26 appearances for Pacific FC last season, scoring six goals and registering five assists. He was a fan-favourite for the west coast Canadian Premier League side, but couldn’t come to terms with the club following the high-budget arrival of Marco Bustos.

Prior to that, Fisk spent time in Ireland with Derry City FC, where he won the League of Ireland Cup in 2018 and made two appearances in the UEFA Europa League. He’s also spent time with the NASL-era FC Edmonton, Deportivo La Coruna, Coruxo FC, Charleston Battery, and the Vancouver Whitecaps U-23s.

Club President Jeff Hunt revealed that the club has already made several player signings, with the expansion side preferring to announce players individually so that they each get time in the proverbial spotlight.


The club itself only revealed its crest and head coach less than a month ago, which makes Atletico Ottawa one of the most quickly assembled professional sports team in the world.

Atletico Ottawa is due to begin its preseason camp on March 11, with the squad travelling to Madrid to utilize Atletico Madrid’s sports training complex. The squad will train at Wanda Metropolitano Stadium, with the expansion side’s roster also due to train with players and staff from Atletico Madrid, too.

Atletico Ottawa will open its season away to Forge FC on April 18, and will play its first match at TD Place on May 16 against the Halifax Wanderers.