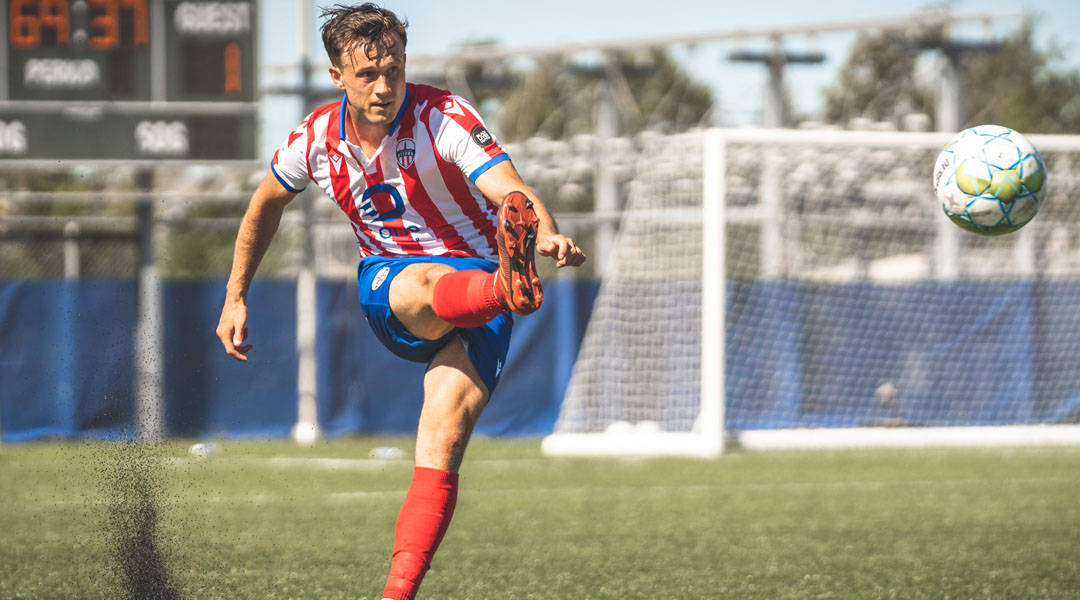 The former Whitecaps Academy product appeared in all seven of Atletico Ottawa’s games at The Island Games, securing a 78% pass completion rate and making 28 recoveries throughout the tournament. He also led the league in more tackles per 90 (6.04) than any other midfielder.

Ben is one of the smartest players I have ever met on the field, I am happy to coach him again this year. He is a true leader and we will look for him to be part of our core leadership group.

McKendry first arrived to the expansion club as one of the side’s six last-gasp signings which were announced when the club was already en route to the bubble tournament in Charlottetown.

McKendry showed a good ability in the centre of the park, keeping things simple and putting in above-average performances in terms of interceptions line-breaking passes in the final third. That’s not bad for a player who’d been training with the club for just two weeks prior to hopping on a plane with them.

After my experience at The Island Games with Atletico Ottawa, it was an easy decision to return to the club. We are building something special in the capital and I look forward to getting started with the team and meeting all of our supporters.

Before signing with Atletico Ottawa last year, McKendry was plying his trade in the Swedish third tier with Nykopings BIS, which succeeded a full season in Finland with Turun Palloseura in 2018.

He’d spent his playing career in North America before that, with the Whitecaps Academy graduate playing for the club’s USL team and making one appearance for the MLS side. He was loaned to FC Edmonton for the club’s 2017 NASL season, making fifteen appearances under Colin Miller.

McKendry becomes the third inaugural Atletico Ottawa roster member to re-sign with the club following last week’s signings of Malcolm Shaw and Brandon John. The club appears to be building up steam with its roster announcements, with the side also having confirmed the full return of its Spanish coaching staff.

The club still has big shoes fill in midfield following the departure of the talented Francisco Acuna, with forward Maksym Kowal and goalkeeper Ricky Gomes also having left the Ottawa-based side.

Atletico Ottawa did not disclose the length or financial details of McKendry’s contract.