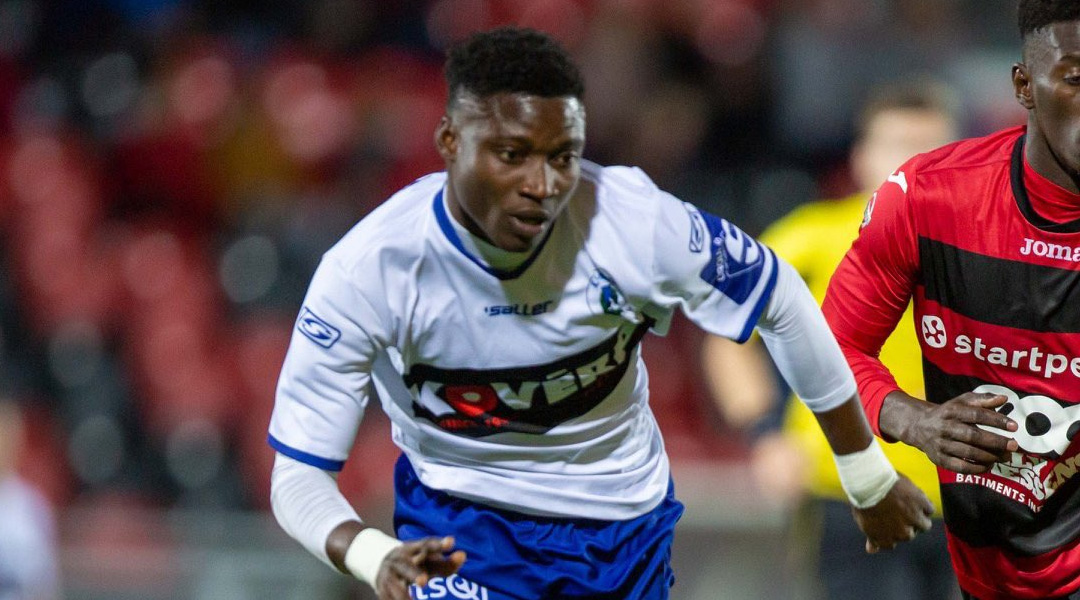 The 23-year-old football is known as a left-footed attacking midfielder, but has also been deployed as a right winger during his time in Belgium, too, which will give Atletico Ottawa head coach Mista options when the expansion side does eventually begin play.


The 23-year-old footballer saw his youth career begin in his home country with Afienya City before former Ghana international Godwin Attram scouted him and brought him in to the Attram de Visser Soccer Academy (also in Ghana) when he was sixteen. He later played for Ghanaian Premier League side Accra Great Olympics before trialing with Dutch side Willem II and making the jump to Belgian second division Westerlo, where he would go on to make sixteen appearances and contribute a single goal against KSCT Menen in a Belgian cup match.

After that, Bernandinho was sent on loan to third-division club ASV Geel, where he featured in 28 league appearances and increased his goal tally to six in a season. Despite the increase in form, he was sent out on loan once more in 2019 to another Belgian third division side, Heist, for whom scored two goals in fourteen appearances before making his jump to Atletico Ottawa this year.

We are delighted to present Bernardinho as an Atletico Ottawa player. He is a powerful attacking winger that can play in both sidelines of the pitch. He is an athlete, physically very strong, consistent, fast, with good passing abilities, vision and solid dribbling skills. We are sure he will contribute to the team recovering balls, on the creation of plays, exploiting the offensive game and assisting and scoring goals.

The Ghanaian midfielder came to Atletico Ottawa’s attention through the league-provided centralized scouting system provided by 21st Club, who provide equal information to the league’s eight clubs regarding international talent aged 23 and under – though Atletico Ottawa also has the considerable scouting power of Atletico Madrid’s scouting department, too.

I’m extremely excited about this opportunity with Atletico Ottawa. I am looking forward to joining the club and playing at TD Place.

The expansion side has set a high standard of pedigree for its international singings so far, bringing in English left-back VVashon Neufville, Jamaican international Tevin Shaw, and veteran Liga MX midfielder Francisco Acuna in the last seven days.


Prior to the string of international signings, Atletico Ottawa began its domestic signings with the acquisition of Pacific FC midfielder Ben Fisk before bringing in other CPL talents like Malyk Hamilton and Ajay Khabra. The club has also brought domestic talents like Antoine Coupland, Michael Djaozandry, Ricky Gomes, Kunle Dada-Luke, and Brandon John.

The financial terms of Bernardinho’s contract were not disclosed by Atletico Ottawa.