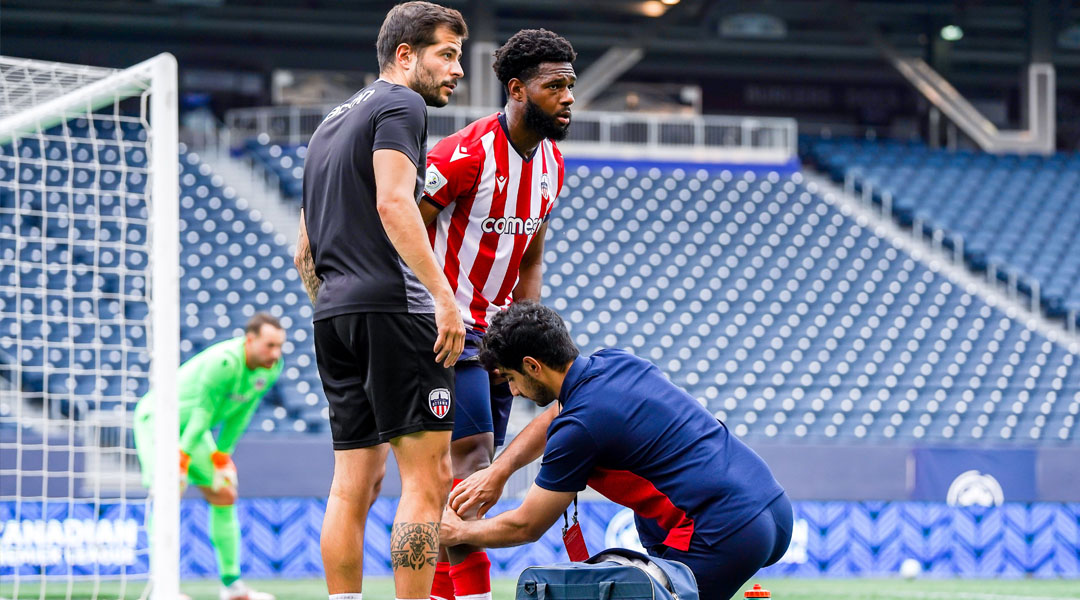 The 26-year-old defender saw his season come to a close on July 15 after suffering a non-contact injury against Valour FC, with Atletico Ottawa reporting that that he had torn his ACL four days later.

As a result of the injury, the club confirmed that John would miss the remainder of the 2021 Canadian Premier League season. His rehabilitation will be completed in tandem with the Carleton Sport Medicine Clinic and the club partners at the Ottawa Physiotherapy and Sports Clinic.

The defender was in the midst of his season second with Atletico Ottawa, having made five appearances for the team in the Winnipeg-based bubble. In the previous season, he was fielded for almost every possible minute at The Island Games after arriving from the Orlando City B team.

This isn’t his first stint with an ACL injury, with the defender having suffered one while with the SIMA Aguilas in 2019. He had actually been looking at joining the league during its inaugural season that year, but saw his arrival delayed as a result.

He isn’t the only CPL athlete missing out on the season with a long-term injury, with both Elijah Adekugbe and Duran Lee expected to be out for the full season as well. Several clubs are finding themselves struggling to cope with numerous injuries, with both Cavalry and Forge having to make emergency recruitments this week just to flesh out their benches with outfield players.

We wish Brandon John all the best in his recovery.