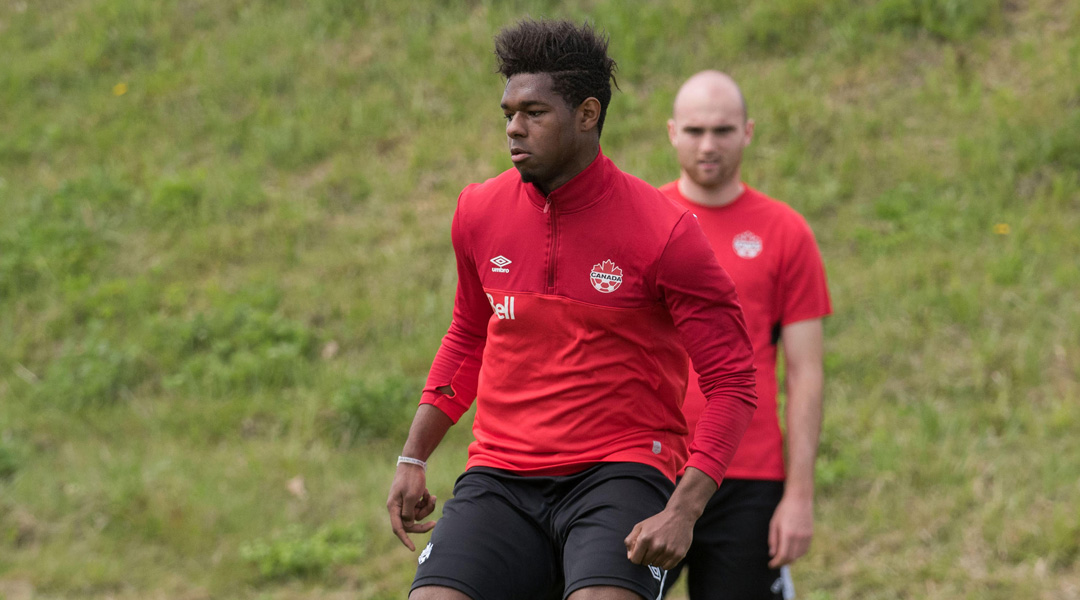 As we reported back in early March, Atletico Ottawa has made the signing of former Orlando City B defender Brandon John official.

The 25-year-old Scarborough-born centre-back stands at six feet tall, bringing in some USL-level experience from his time with the likes of Seattle Sounders 2 and Orlando City B.

John has also represented Les Rouges at the U-20 level in the 2015 CONCACAF U-20 Championship, and played two matches for the Canada U-23 side in 2016. He was called up to a national team camp in 2017 in preparation for a friendly against Jamaica, but hasn’t been part of the national team setup since.


The defender’s youth career began playing for the likes of the Scarborough Blizzard, Toronto FC Academy, and Germany-based side FC Erzgebirg Aue, where he made 24 appearances for the club’s reserve team. He then joined Seattle Sounders FC 2 in 2016, making nine appearances for the USL side before jumping to League1 Ontario club Vaughan Azzurri, recording twelve appearances the following year.

John then returned to the USA to sign with Montverde Academy affiliate SIMA Aguilas in the USL2, where he made eight appearances in 2018. He continued his time in Florida by signing with Orlando City B in 2019, making ten appearances and scoring one goal before returning to Canada as a free agent this offseason and signing with Atletico Ottawa in early March.

We are very happy to announce Brandon as an Atletico Ottawa playe. He is a tremendous talent that will strengthen the center of our defense. We can’t wait to see him wearing our jersey and play for our squad.

John – who is also eligible for Saint Vincent and the Grenadines by virtue of it being his birthplace – said he was excited to play his first professional football games back in Canada, where he hasn’t played since representing the Vaughan Azzurri three years ago. There are plenty of Vaughan alumni currently playing in the Canadian Premier League, like David Monsalve, Chris Mannella, Joseph Di Chiara, Dylan Carreiro, and Duran Lee.

People around the world know Atletico to play with a certain identity driven by pride, passion and discipline. To now be a part of that family is an honour. After playing abroad my entire professional career it’s a great feeling to have the opportunity to continue doing so here in Canada and I’m looking forward to representing our nation’s capital on the pitch.

John becomes the expansion side’s eighth signing ahead of its inaugural season, joining as the first centre-back of the side. The club has signed full-backs Kunle Dada-Luke and Michel Djaozandry, with utility player Malyk Hamilton also capable of playing in that role, too. Ricky Gomes is presently the only goalkeeper on the roster.

The midfield is comprised of former Pacific FC man Ben Fisk, former Eddies man Ajay Khabra, and the league’s youngest player, Antoine Coupland. So far, head coach Mista has remained fairly quiet on how he’d like the side to play in terms of tactics and identity.


The club was due to have a preseason based in Madrid, but the squad has returned to self-isolate in Canada during the midst of the COVID-19 pandemic that has stalled the 2020 Canadian Premier League season.

Details regarding Brandon John’s financial compensation or contract length were not disclosed by Atletico Ottawa.