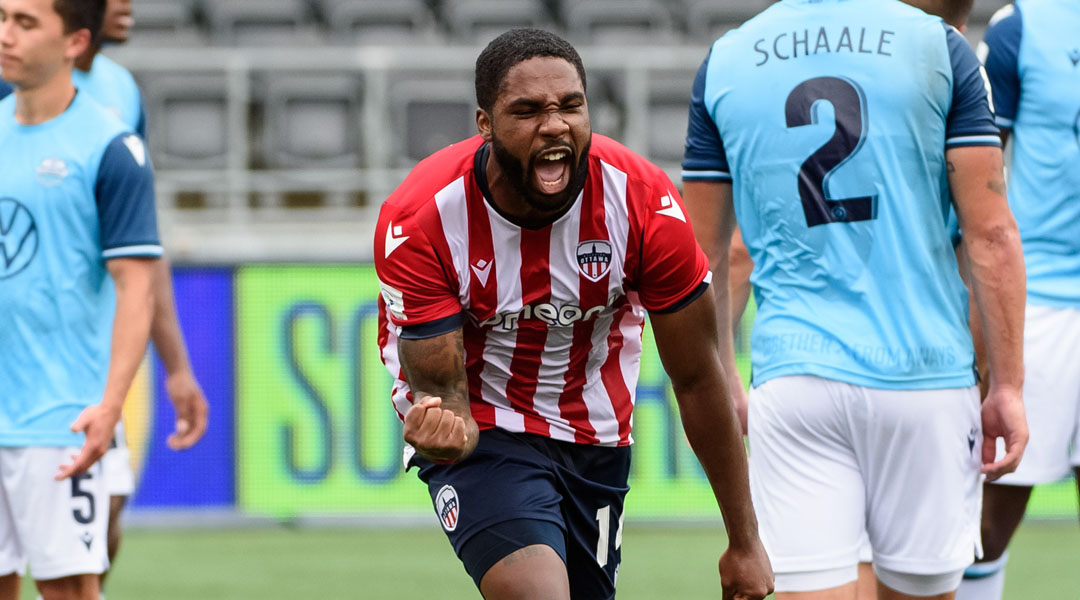 Atletico Ottawa striker Brian Wright has shared an Instagram message showing racial abuse that was sent to him over social media.

His Instagram story showed a screenshot of a direct message from a sports viewer who hurled racist abuse at the striker, with Wright calmly commenting that the stranger’s grammar could use some work.

The post has since become more widely shared online, with the Capital City Supports Group bringing the interaction to a focus this morning.

Atletico Ottawa released a statement declaring that the club stands with Brian Wright against racism and discrimination of any kind, with multiple CPL clubs following up with similar sentiment.

It goes without saying that racism has no place in the game, in the world, or forums public or private.

The Canadian Premier League has done well to shine a focus on systemic racism and racial injustice, with this season seeing the league shine a focus on Canada’s dark ongoing history with residential schools, while last year saw the Black Lives Matter movement come under a spotlight.

Both of these ongoing issues are large factors to why Cavalry FC striker Anthony Novak still kneels during the national anthem.

Related: Peter Reynders found himself faced with allegations of racism in 2019, eventually being cleared by independent review.

Wright is in the midst of his first season with Atletico Ottawa, having scored two goals in 13 league appearances for the side, more than half of which saw him come off the bench. He scored in the club’s 3-2 Canadian Championship loss against Valour FC, too.

His return to Canada came after several seasons in the United States, where the Vermont Catamounts regular found himself drafted drafted by the New England Revolution in the the 2017 MLS SuperDraft.

The Ajax, Ontario-born went on to make 14 MLS appearances for the side over the next three seasons in between loans to the Tulsa Roughnecks and the Birmingham Legion before signing with Atletico Ottawa.

Northern Tribune also stands with Brian Wright and against racism and discrimination of any kind.