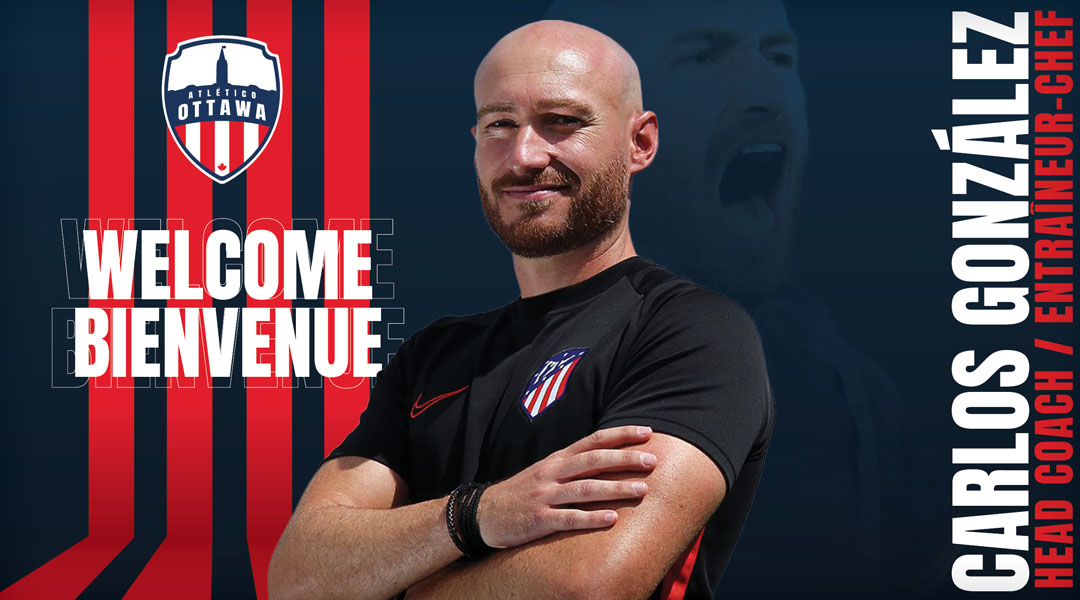 The 35-year-old Spaniard has signed a two-year deal with the capital city club, who will be hoping that the former Kuwait national team coach can help the side rise up a mid-table finish or above for the first time in club history.

Gonzalez arrives to TD Place as a name likely unfamiliar to Canadian football fans, though he – like his predecessor Mista – arrives through the Atletico Madrid connections pipeline. After starting his career as a youth coach for Malaga CF in 2012, he joined Atletico Madrid as a youth coach in 2015 and was eventually handed the reigns to the U-19 team four years ago.

Two years after that saw him appointed as the Kuwait U-23 head coach, where he helped them secure their first Asian Cup qualfiication in ten yards. After that, it was no surprise to see him coach the senior side through three AFC Cup matches, which resulted in two wins and a draw.

His appointment as the second-ever Atletico Ottawa head coach will mark his first senior coaching experience at the club level.

“At this point in my career, I wanted to come back to club football,” said Gonzalez. “coaching a national team is very different from club football. You have to be very precise with player selection and always make sure you get the most of them for each moment. You do not get to work with them as much. Working with a club, you have time to prepare and build the team with a specific idea. And more importantly, you can develop players, which is what I missed most.”

Atletico Ottawa CEO Fernando Lopez offers that Carlos’ previous five years in the Atletico Madrid ecosystem means hat he’ll arrive intimately familiar with the club’s values and winning mentality, stating that despite his young age of 35 he carries plenty of experience with him into the role.

The club was particularly interested in his ability to develop young talent, which Atletico Ottawa has admittedly been the smoothest with in its first two seasons: while now-departed midfielder Antoine Coupland was on the rise, there hasn’t been a lot of moving upwards for young Atletico Ottawa talents.

Carlos Gonzalez will be bringing two technical staff members with him from his time with the Kuwait national team: David Galan will serve as assistant coach and physical preparation lead, whilst Borja Montero will be the goalkeeper coach for new arrivals Nathan Ingham and Sean Melvin.

Atletico Ottawa was one of four CPL sides to undergo a head coach change either during or after the previous season, with Pacific FC, York United, and Valour FC all undergoing changes.

One of our main objectives as a club is to stay ambitious. First, I need to get to know the players and see where we stand. But we are going to focus on being competitive every match. We want to make it hard for every single club in the league.

The new Atletico Ottawa head coach will be jumping right into things, with the Ottawa-based club set to begin its preseason in Spain on February 28. The team will spend a total of four weeks in Spain, with that period being filled with twice-a-day sessions and a handful of test matches before a return to Ottawa one month later.

Atletico Ottawa will open its own 2022 Canadian Premier League campaign on Saturday, April 9 at TD Place.