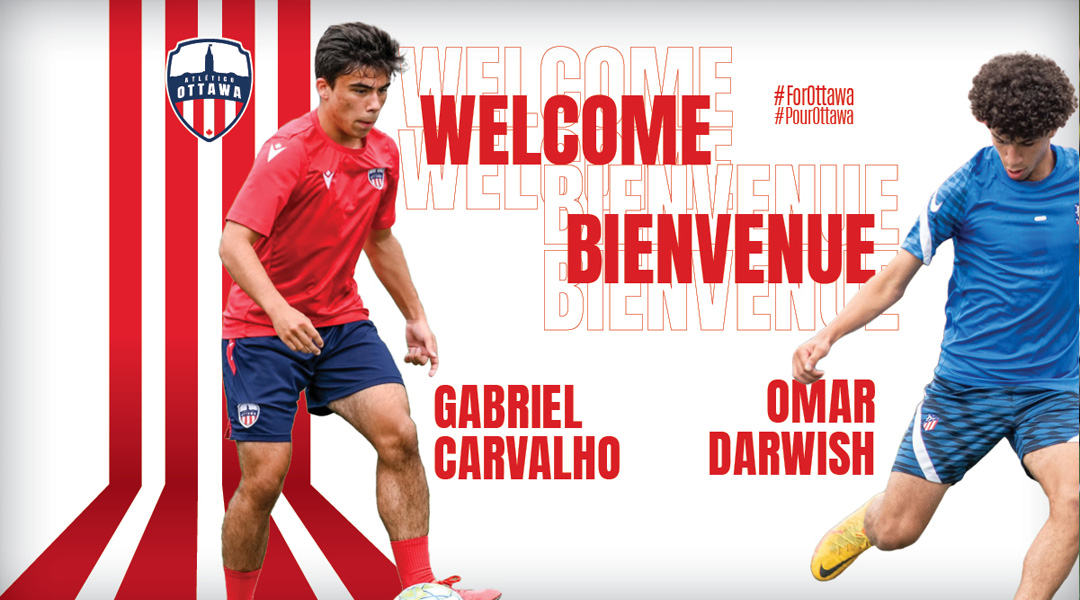 Canadian Premier League side Atletico Ottawa has added two local domestic U-21 athletes to its roster as it seeks to hit the league-mandated minimum number of youth minutes with six games left to play.

Both athletes were identified through the club’s tie-in Atletico Madrid Development program, which provides an opportunity for local youngsters to train in a professional environment.

“We are excited to see our first graduates of the Development Program join the A squad as we continue to battle for the top of the standings,” said Atletico Ottawa CEO Fernando Lopez. “Gabriel and Omar have shown our technical staff that they can make the jump, and we look forward to seeing them continue to grow as players with this new opportunity.”

While Atletico Ottawa currently lies top of the table, the club needs to hand domestic U-21 athletes a total of 639 minutes of gametime in its last six matches to hit the league’s requirement of 2,000 minutes in all – that’s about 106 minutes per game.

The Canadian Premier League recently made it publicly known that any club which fails to meet this minute count will be excluded from playoffs regardless of their position on the league table.

With Zakaria Bahous now clocking in minutes regularly, it appears the 21-year-old PLSQ standout will get the bulk of these. The club also has Zachary Roy and WFC2 loanee Owen Antoniuk to call on, though it’s nice to see two local youngsters added into the mix as well.

It was this time last year when Atletico Ottawa leaned local amidst an injury crisis, bringing in players like the teenage Mamadou Ba and Jaeden Mercure, neither of whom have returned this season.

Contextually, today’s local-centric reinforcements arrives in a very different context: the club is now on the opposite end of the table, with Carlos Gonzalez looking set to see the side through to playoffs as a genuine title contender.

“It is gratifying to see the program already starting to bear fruit,” added Lopez, who stated that Atletico Ottawa’s relationship with local clubs is proving to have a positive impact on player pathways in the region.

The developmental deals permit Atletico Ottawa to field either youngster up to three times, at which point the deal can be renewed one time. The duo of U-18 athletes also retain the ability to train and player with their amateur clubs.

Atletico Ottawa will host bottom dwellers FC Edmonton this Friday in the club’s penultimate home match of the season.