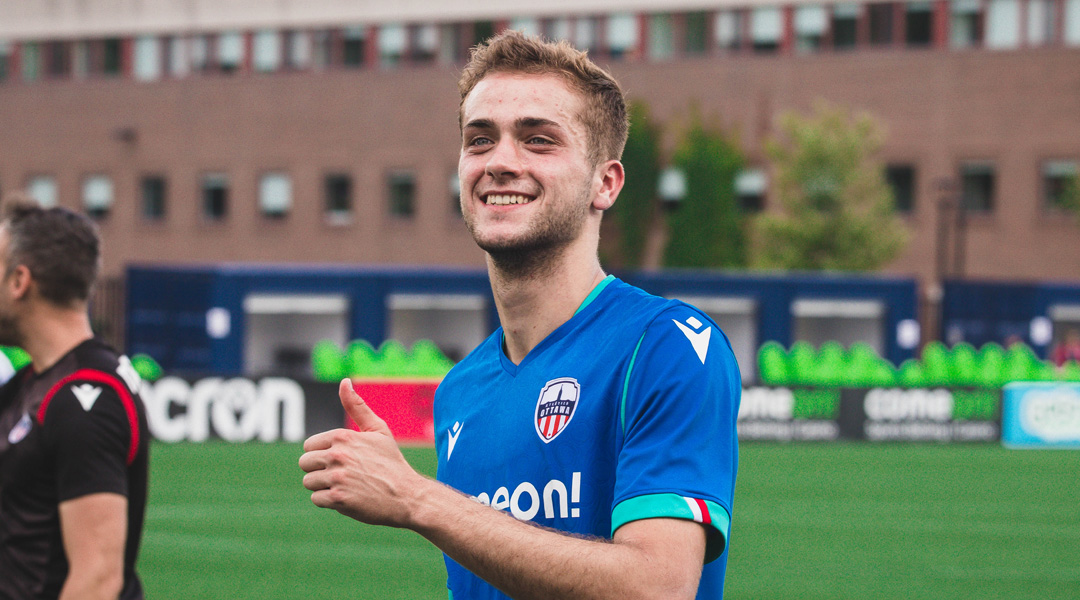 The capital city club has just confirmed that it has come to terms with Atletico Madrid to extend the loan of Spanish defender Diego Espejo for another campaign, with the 20-year-old having featured 28 times for the side in 2022.

He proved to be one of the league’s best defenders this year, finishing third for blocks and aerials won per ninety, second for tackle percentage per ninety, and first for clearances per ninety.

He also completed the fifth-most passes in the entire league and was one of the most consistent performers from a stellar campaign in Ottawa, so it’s no surprise that his nomination snub for defender of the year at the CPL awards was a big talking point.

Before the defender completes his return to Canadian soil, he’s set to undergo a trial with MLS side Inter Miami during their preseason training camp in Florida. Following that, Espejo will then regroup with the Atletico Ottawa squad to prepare for the upcoming CPL season.

The right-footed defender developed with CD Tenerife before joining the Atletico Madrid academy in 2016, with the youngster rising through the youth ranks to sign with the La Liga side’s B team in 2018.

Atletico Ottawa released a substantial roster update this week, confirming that both Maxim Tissot and Sean Melvin had their options exercised.

Espejo will be the only on-loan player to return to Atletico Ottawa from the 2022 CPL season, and he’s expected to be a big boost for the North Star Shield hopes of the regular season winners.