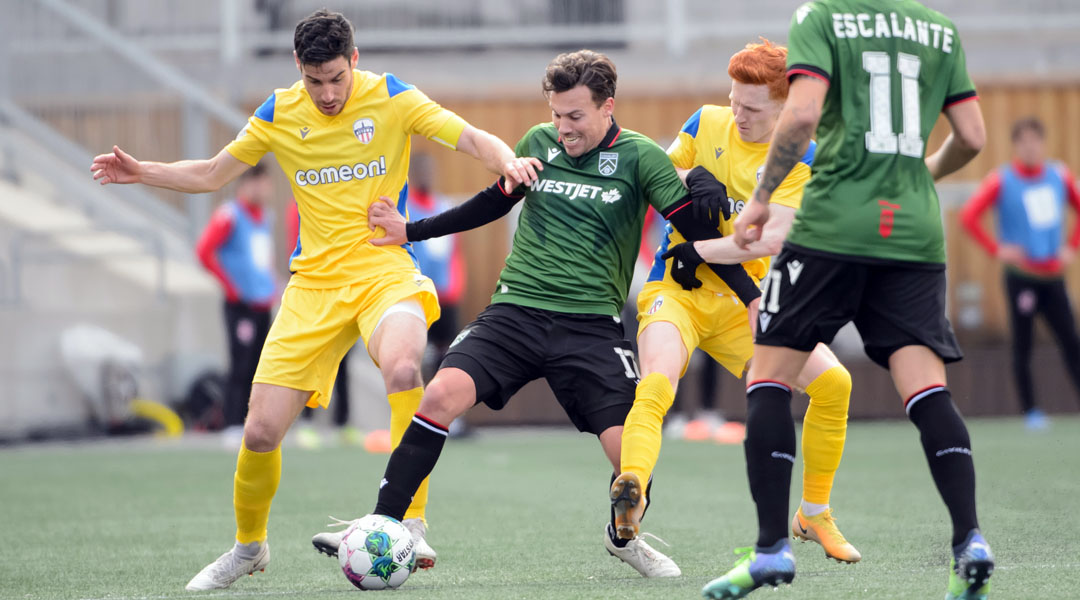 Atletico Ottawa will have to face the likes of the Halifax Wanderers, Valour FC, and York United without team captain Drew Beckie on the matchday roster.

The 31-year-old defender was given a red card by referee Fabrizio Stasolla during Ottawa’s home opener against Cavalry, where a retaliatory foot stomp on David Norman Jr. resulted in an immediate ejection.

“I take responsibility for my action, but I don’t fully agree with others’ interpretation of what took place in that moment,” he said after the match, “not in my character.”

The decision has been largely looked upon as a harsh one, though it’s a fairly by-the-book decision: regardless of the context, Beckie stepping on the opposition player was deemed as intentional and violent conduct – and that carries a three match ban.

Some believe that a multi-game automatic ban is too harsh a punishment for the crime. Atletico Ottawa has not disclosed whether it will appeal the decision.

The Canadian Premier League has seen a handful of multi-game bans in its first few years of operation, like with Jordan Murrell’s table kick or when Ryan Telfer flipped off the referee.

Atletico Ottawa can take some solace in that a precedent exists for reducing the ban: Brazilian midfielder Joao Morelli was handed a three-match ban for an elbow on Joseph Di Chiara, though the Wanderers appealed the suspension down to two matches.

For now, it remains unclear if Atletico Ottawa will try to reduce the suspension of the three-match ban. The intent is pretty cut and dry in this case, regardless of the circumstances.

This will be Beckie’s second season with Atletico Ottawa, with the defender having made twenty appearances for the club. His return to the nation’s capital marked his first time playing in Canada since he suited up for the now-defunct Ottawa Fury in 2015, though he missed a portion of what was a difficult season last year due to medical issues.

Given that Beckie has established himself as a leader for the club both on and off the pitch, his presence – or lack thereof – is expected to make a big difference.

Atletico Ottawa will be hosting the Halifax Wanderers tomorrow at 1:00PM EST.