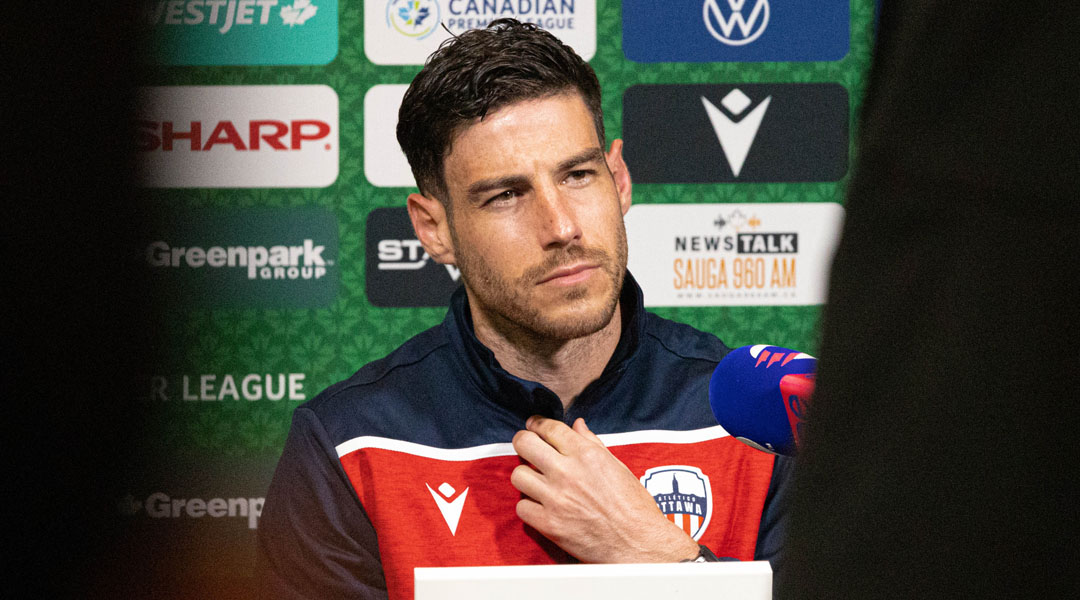 The 32-year-old defender leaves the pitch after ten-year professional career that saw him make nearly 200 club appearances in North America, enjoying two separate stints in Ottawa both at the start and end of his playing days. His decision was posted in a succinctly online, with the veteran defender simply stating that it was his time to step away from the game.

Beckie had made 44 appearances for Ottawa Fury in between both 2012 and then 2014-2015, scoring three goals for the now-defunct side before and after becoming a 2013 MLS SuperDraft pick for the Columbus Crew. Later on, he also played for the Carolina Railhawks and the Jacksonville Armanda, and then trialed in Finland before an unexpected struggle with Myocarditis.

His return to professional football after the near-deadly infection is well documented in the film Still Defending, with Beckie returning stateside to work some odd jobs before getting another training opportunity with the Jacksonville Armada and, after his safe return to fitness was proven, signing with USL side Oklahoma City Energy in 2018, and then signing for El Paso Locomotive in 2019.

His final two seasons back in the nation’s capital with Atletico Ottawa saw him quickly establish a leadership role with the team, donning the captain’s armband for many of his 46 appearances. Last September saw the veteran unexpectedly sidelined following a cardiac episode that required hospitalization. Thankfully, Beckie was able to make a full recovery, and even scored on his return to action.

His final season with the red-and-white saw him make 27 appearances en route to a regular season win with Atletico Ottawa, with Beckie’s last appearance coming in the semi-final second leg match against Pacific prior to the club’s loss to eventual champions Forge FC.

Beckie had also made several appearances for Canada at the youth level, but missed his senior team call-up through injury during his time with the Columbus Crew.

“On behalf of everyone at Atletico Ottawa and throughout our Ottleti family, I want to say a massive thank you to our club Captain Drew Beckie,” said Atletico Ottawa CEO Fernando Lopez. “Drew has had an incredible impact on the soccer community in the Ottawa and Gatineau region, from captaining our record-breaking side in 2022 to his days with Ottawa Fury and his grassroots work with youth soccer in the city. Everyone affiliated with the sport in this area has benefited from Drew choosing to play here. We wish him all the best as he retires from playing the game and we look forward to supporting him in whatever comes next.”

Beckie revealed that the club had offered him a contract to keep playing, but the Saskatchewan native had other career ambitions that he has his sights set on, ideally within the Atletico family. Perhaps his time in the nation’s capital hasn’t concluded yet.