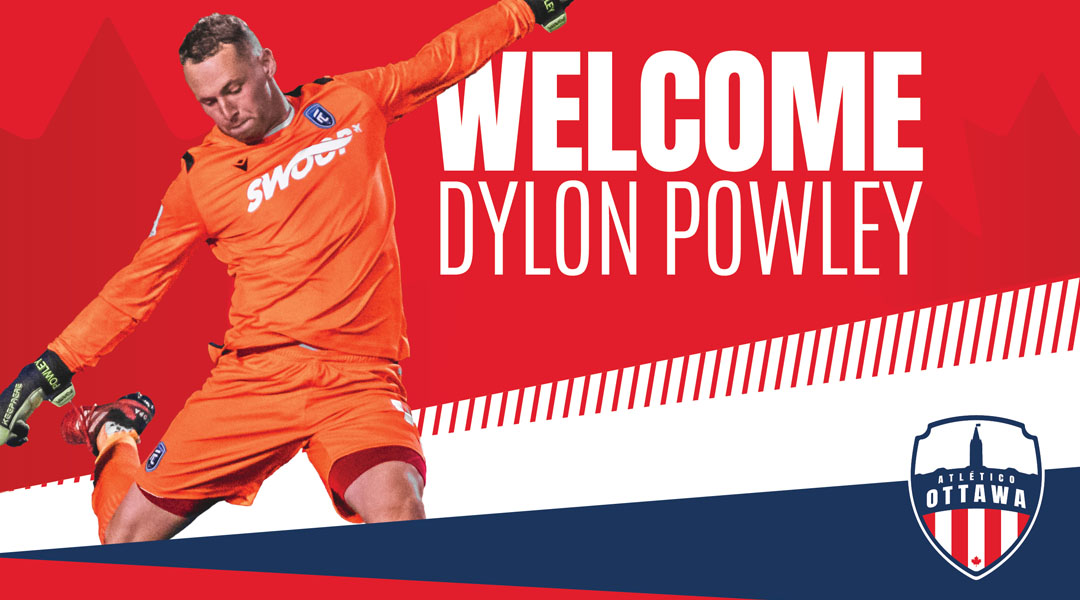 The 24-year-old had made nine appearances for FC Edmonton over the last two years as the number two choice behind Connor James, proving himself to be quite capable of the CPL level. Atletico Ottawa has confirmed that he’ll be the number one choice at TD Place for the upcoming season.

Dylon is a great young keeper that is ready to take the next step in his career. He has an imposing presence from the back and is strong on his feet. We look forward to continue working with him, his development and his growth within our club.

Prior to stepping up to the Canadian Premier League level with FC Edmonton, Powley played with Swedish fourth division side FC Gute and USL2 side Calgary Foothills FC. His youth career saw him develop with Edmonton Juventus and the Edmonton Drillers, with Powley also suiting up for MacEwan University six years ago.

Powley had penned a farewell letter to Eddies fans back in January, and had confirmed that he had signed a contract elsewhere even before that. He was largely expected to go to Atletico Ottawa, even before he was namedropped in a now-infamous Soccerway roster leak of the club’s roster.

It is hard to put into words what the opportunity to play for Atletico Ottawa means to me. It is going to be a big challenge for me, but I know I am ready, and I cannot wait to get the season underway. I am excited to meet the fans and engage with the community in Ottawa, in the city I will now call home.

Powley becomes the twelfth athlete to sign for the side ahead of the upcoming season, joining Chris Mannella and Keesean Ferdinand (on loan from CF Montreal) as the third new face to publicly join the side so far.

Our own sources have confirmed additional members from the aforementioned roster leak, stating that Ryan Telfer, Jordan Webb, and Brian Wright are joining the side. The leak is looking more-and-more credible, with expected number two goalkeeper Teodor Obadal having revealed his own arrival to Spain for the preseason camp.

That being said, veteran defender Drew Beckie appears to be training with Atletico Ottawa, and he wasn’t named on the roster leak. It’ll be interesting to see who ultimately gets signed from the clubs box of surprises.

Atletico Ottawa did not release the length or financial details of Powley’s contract.