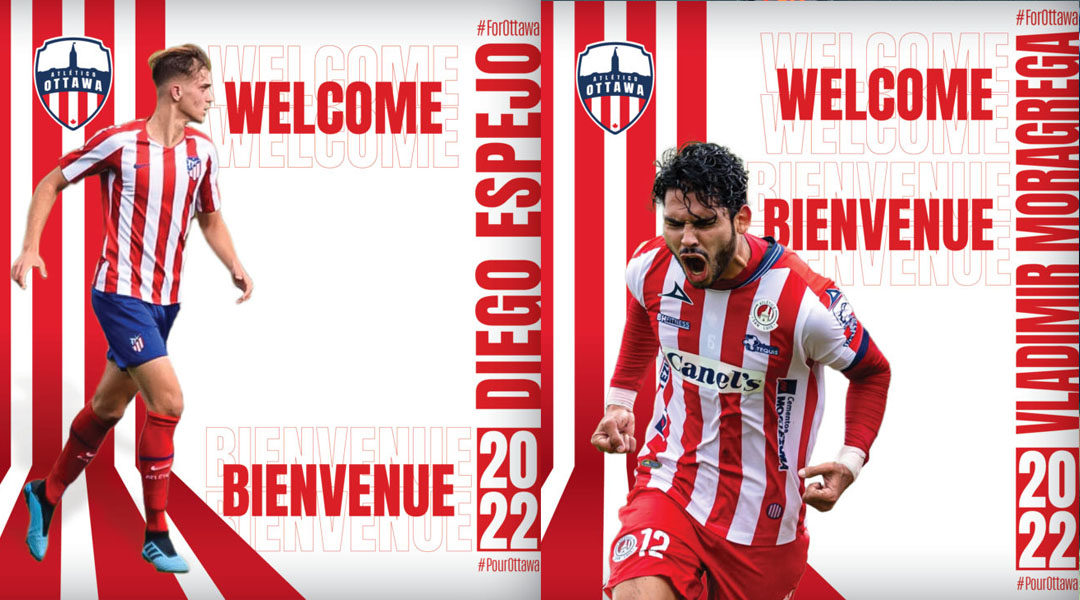 Both athletes arrive on season-long loans from Atletico Madrid B and Atletico de San Luis, respectively.

The club has itself a young centre-back in Diego Espejo, a 19-year-old who arrives from Atletico Madrid B. The right-footed defender developed with CD Tenerife before joining the Atletico Madrid academy in 2016, with the youngster rising through the youth ranks to sign with the La Liga side’s B team in 2018.

This will mark the youngster’s first opportunity at ply his trade in a first team environment. The club’s defensive line has seen plenty of shuffling, with Macdonald Niba also arriving as a centre-back option.

The capital city club is also bringing in 22-year-old Mexican forward Vladimir Moragrega, who was picked up by partner club Atletico de San Luis in the summer. The attacker has spent several seasons in Mexico’s second division, highlighted by a run of six goals in fourteen games for Atlante before signing on with Atletico de San Luis.

Described as a dynamic player who can make the best of space on the pitch ahead of him. At six-foot-one, the centre-forward will likely come as a depth player behind Malcolm Shaw and Brian Wright. With playtime not a guarantee, the loan seems to have caused some confusion amongst Atletico de San Luis fans who had expected him to remain with the Mexican side.

Both players will join the team when preseason camp begins next week.

Atletico Ottawa has now signed nineteen players ahead of the 2022 CPL season, though the capital city club has yet to reveal who its second-ever head coach is. This month has seen the side bring in high-profile additions with Ballou Tabla and Carl Haworth.

Both Diego Espejo and Vladimir Moragrega arrive on season-long loans from Atletico Madrid B and Atletico de San Luis, respectively.