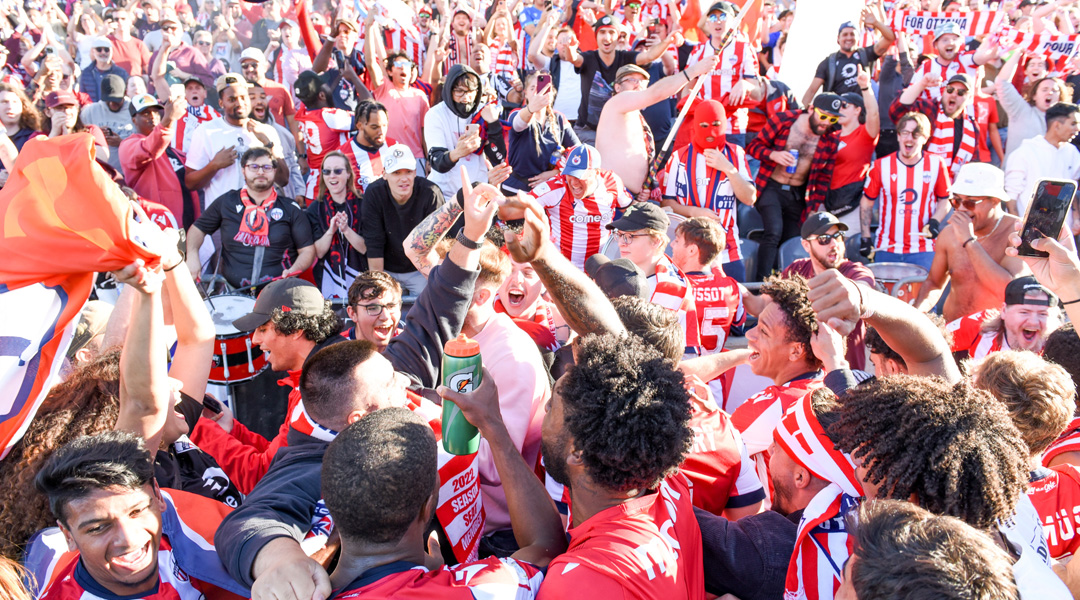 Atletico Ottawa is hoping to break a club attendance record when it hosts the side’s first-ever CPL Final on Sunday evening.

The capital city club earned hosting rights after finishing top of the league in the regular season, and secured passage to the final by dispatching reigning champions Pacific FC over two legs.

With ticket sales currently on pace to hit a target marker of over 10,000 for this weekend’s final against two-time champions Forge FC, the call has been put out: Atletico Ottawa wants to mark its first-ever CPL Final as a record-breaker.

“We are going to make this a CPL and Club attendance record, surpassing the 12,064 we had in our first-ever home game back in august 2021,” said Club CEO Fernando Lopez.

The largest attendance the league has ever seen was when 17,611 took in the first-ever Canadian Premier League match at Tim Hortons Field, with Forge owner Bob Young having made tickets free to celebrate the occasion.

In a somewhat similar vein, Atletico Ottawa’s club record crowd of 12,064 came during the side’s much-belated home opener in 2021, with a pay-what-you-want ticket approach proving to be a big draw.

It’s clear that Ottawa is a sporting city that can rally around teams at TD Place: it regularly netted some 15,000+ fans last year for the Redblacks, after all. With soccer starting to take hold in the community, any number above 12,000 for the CPL Final would be seen as a big win.

The club has averaged just over 4,000 fans per home match, good for second-highest in the league behind Halifax. It still isn’t quite Ottawa Fury numbers, with the now-defunct club drawing an average of 4,500 in 2019.

Last year saw 7,488 spectators brave a cold and rainy December night at Tim Hortons Field for the league’s final, where Pacific won its first-ever North Star Shield. The biggest crowd to watch a finals match so far was the 10,486 who took in the first leg of 2019’s final at Tim Hortons Field, with Atletico Ottawa hoping to surpass that number and hoist the North Star Shield in front of a big home crowd.

Atletico Ottawa will host the 2022 CPL Final at 6:00PM EST on Sunday. Interested fans can get tickets here.