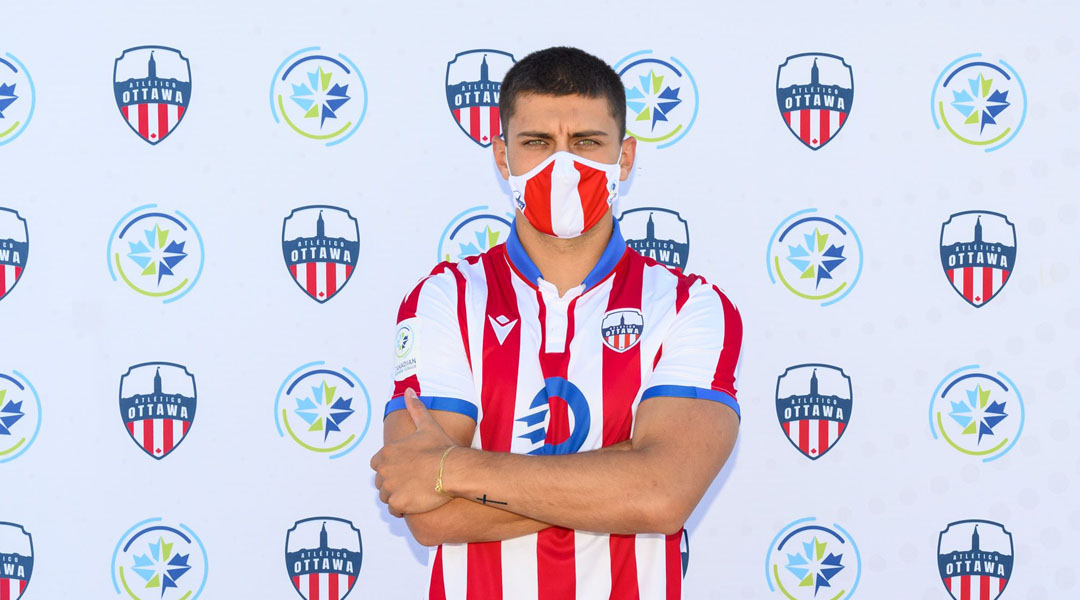 The Canadian Premier League expansion side had teased the move on Saturday, revealing that a new player was inbound from Vancouver in a post sponsored by WestJet. Another tweet released yesterday morning revealed that the signing would be announced today.


The 18-year-old defender becomes just the second centre-back to join the Atletico Ottawa roster after Brandon John. Back in January, Facchineri had signed a homegrown player contract with the Whitecaps after having been named Vancouver’s Academy Player of the Year in 2019.

The youngster played every minute of possible action for the Canada U-17 squad during the FIFA U-17 World Cup in Brazil and the Concacaf Championship back in 2019, converting a penalty in the latter tournament’s quarter-finals to secure a win against Costa Rica.

Facchineri becomes the second MLS centre-back to find himself loaned to a CPL side for the 2020 season following Robert Boskovic’s loan to Cavalry FC.

Atletico Ottawa has now signed sixteen players ahead of the as-yet-unannounced 2020 Canadian Premier League season, though only fourteen of them are in the country. As things stand, both Osah Bernardinho and Tevin Shaw remain in their respective home countries for the time being.


The club waited a long time to reveal its first-ever striker signing, Malcolm Shaw, who trialed with Atletico Ottawa following a stint with Swedish side Assyriska IK, where former York9 FC striker Simon Adjei has bagged four goals in his first six matches. Another striker signing is expected to come after it was revealed Shaw will not don the number nine.

It was recently revealed that Whitecaps Academy product Matteo de Brienne had been trialing with the side for the last three weeks, but whether he’ll be offered a contract remains to be seen.

The club has signed numerous full-backs, with the likes of Vashon Neufville, Kunle Dada-Luke, Michel Djaozandry, and Malyk Hamilton all able to play in the position. Head coach Mista revealed that he expects the Atletico Ottawa roster to top out at seventeen or eighteen players for the upcoming season.

Given that Facchineri’s loan runs until September 30, it looks like the Canadian Premier League is hoping that its modified season will be wrapped up before the month of October. As things stand, there’s no official start date or host location for the season.