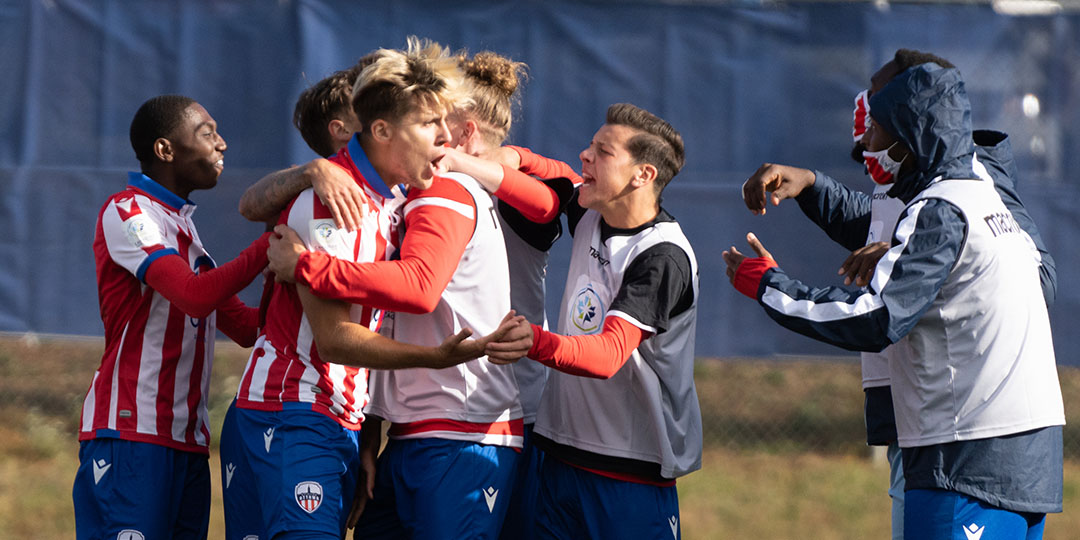 After its first four matches in club history, Atletico Ottawa now sits at sixth place in the league table with a fairly even record of one win, one loss, and two draws. While the side has conceded the second-most goals of any team, a return of six goals from four games represents a team certainly capable of surprising its opposition.

That’s exactly what the expansion side did three days ago when it defeated league leaders Cavalry FC two-nil, and the club’s gaffer didn’t shy away from praising his side’s quick turnaround following a tough start to the campaign. Still, though, Mista isn’t spending too much time looking back on what has already happened: he wants to see the side build on this momentum and continue to grow.

It gave everyone confidence. It’s a win, right? It’s three points. We could have won two other games. In the end, we want everyone to stick to the game plan being concentrated, go game-per-game. In the end we’re growing as a club, we’re growing as a team. That’s what we want. We want to continue that growth in the right direction, and not steer away from that. We’re in a growth period. Yes, we’re happy for the win, but there’s three big games coming up.

The big question that Atletico Ottawa faced ahead of the season is if they could field a competitive team, and it was clear right from the get-go that the seeds of such were there: they went 2-0 up against York9 FC in their inaugural game, but lacked the composure to see out the second half and dropped to a 2-2 tie. A four-nil defeat to Valour didn’t bode well for the side, but then they went 2-0 up to Edmonton before dropping a two goal lead for the second time in just their third game.

It was then that Atletico Ottawa squared off against league-leaders Cavalry FC on the aforementioned windy Wednesday afternoon, and the squad stepped up in a big manner: a low shot from team captain Ben Fisk gave the side the go-ahead goal, with an absolute golazo from Malcolm Shaw securing all three points for the side in a historic first-ever victory.

For Mista, the quick turnaround showed that his players had listened to his words about commitment, passion, and fighting for what the club’s iconic stripes represent:

I think it was necessary for us to turn that page very quickly, and to ask more from our players on commitment and competitiveness on the field, to not leave any ball wasted or to fight for every ball on the field. In the end, I think everyone is clear on that – I think you learn more when you are defeated, and then you come back stronger and you win. We are extremely happy with the response from every one of the guys. We’ve been working on it. Obviously, we’re happy with the timing of the response, and to have that actual impact right away on the field with a great game against Cavalry.

All things considered, it looks like the expansion side certainly has the potential to put in an impressive run over its last three matches. When one considers that the club didn’t have enough players to fill its bench just a week ahead of the Island Games, the Ottawa-based side certainly appears to be punching above its expected weight right now.

The club only announced its last six player signings when it was already in PEI, while confirming that both Tevin Shaw and Bernardinho couldn’t arrive in Canada in time for the tournament. On top of that, full-back Kunle Dada-Luke would miss the campaign through injury, too.

It’s complicated, but we have a twenty man roster. Some other teams have a bit more players on there. We can’t look at it other than everyone is in the same boat. We’re lucky enough that everyone is quite healthy, and the job that our physios and our head of strength of conditioning did prior to and during this time is fantastic. We’re on the same boat. That can’t be an excuse, but we will continue to manage the workloads accordingly.

To that end, Mista did reveal that defender Vashon Neufville – who has impressed with both his offensive and defensive performances for the side so far – will likely sit out for tomorrow’s big game against Forge FC following a hamstring aggravation. The rest of the squad, says Mista, is in a state of good health. Neufville isn’t expect to miss more than tomorrow’s match, which will be a game-time decision.


With Atletico Ottawa about to undergo its fifth match in just fifteen days, its twenty-man travelling roster has undergone a trial-by-fire stress test of competitive action. The club gaffer commended parent club Atletico Madrid in helping to scout some of its rostered talent (Acuna, for example, has been one of the league’s most impressive midfielders). Still, he admits having an extra two or three players may have had things looking a bit different in terms of managing player workloads.

That being said, there are still a few from the Ottawa roster who have yet to make their debuts: former Vancouver Whitecaps Residency youngster Matteo de Brienne has been watching from the sidelines, alongside Michel Djaozandry (who could potentially fill in Neufville) and backup goalkeepers Ricky Gomes and Horace Patient Sobze Zemo.

If Atletico Ottawa can secure a result against Forge FC just a few days after trumping the league-leaders, it’ll be a statement week for the expansion side and a significant boost to their group stage ambitions. A loss, however, will see them remain outside of a top four spot that has thus far eluded them throughout the bubble tournament.

The match between the two will kick off Sunday afternoon at 3:00PM EST, with the game available live on both OneSoccer and CHCH TV in Canada. Of course, recent broadcast deals put forth by MEDIAPRO Canada will mean international fans can now tune in from the US, India, and Africa too.