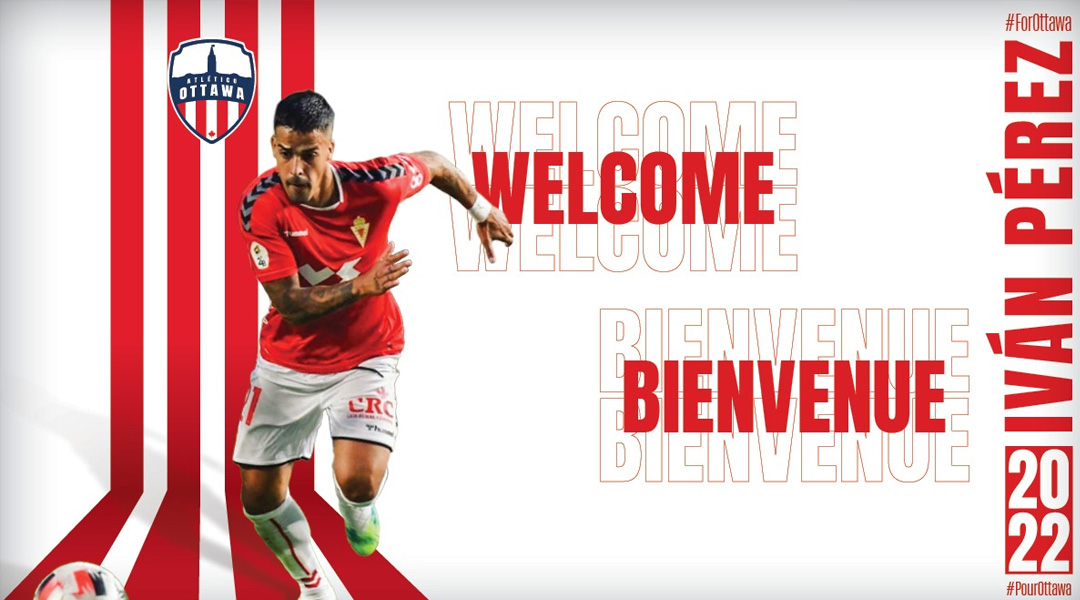 The 29-year-old will be joining the capital city club later this week and will remain with the side until June 30, 2022.

The Ottawa-based side has primarily used Maxim Tissot as its starting left-back, and he’s performed fairly well in the role – suggesting that Perez arrives as precautionary depth in a position that doesn’t have much of it.

That being said, a statement from club CEO Fernando Lopez suggests that Perez will be expected to slot right into the squad as needed.

Ivan is someone who can be described as a modern-day fullback. On the ball, he loves to play direct and advance the ball up the field, and has the technical and physical ability to take players on, but he is also very disciplined and comfortable defending. Ivan will fit seamlessly into the team as his capabilities as a footballer are in line with our style of play and club philosophy.

The 29-year-old arrives to TD Place with plenty of experience in his native Spain, where he began through the academy system of Ottawa’s parent club Atletico Madrid. He graduated into the B team, and made his Atletico Madrid debut in 2014 for the Copa del Rey. After that, the defender played for Getafe CF B, Yeclano Deportivo, and Real Murcia CF before he landed with his current side UD San Sebastián de los Reyes in the Spanish third division.

This year has seen Perez collect handfuls of minutes mostly as a substitute, having made 18 appearances for Sanse this season. He becomes the third player on loan behind Diego Espejo and Vladimir Moragrega, with his upcoming loan spell representing his first playing experience outside of Europe.

“I am very happy and excited to join Atletico Ottawa,” said Perez of the loan. “For me it is a dream to be part of Atletico Ottawa. I am looking forward to meeting all my teammates, coaching staff, and club staff, and together we can achieve the beautiful goals set.”

His arrival comes ahead of a busy summer of action for the club, with the next seven matches mostly taking part away from home. With the club stating that it expects the depth of the squad to be tested, Perez’s arrival makes a lot more sense.

The club saw its Canadian Championship dreams come to an abrupt halt through penalties last night, with the side now shifting focus to league action. This weekend will see the team travel to Tim Hortons Field to face off against two-time league champions Forge FC, with two away matches set to follow.