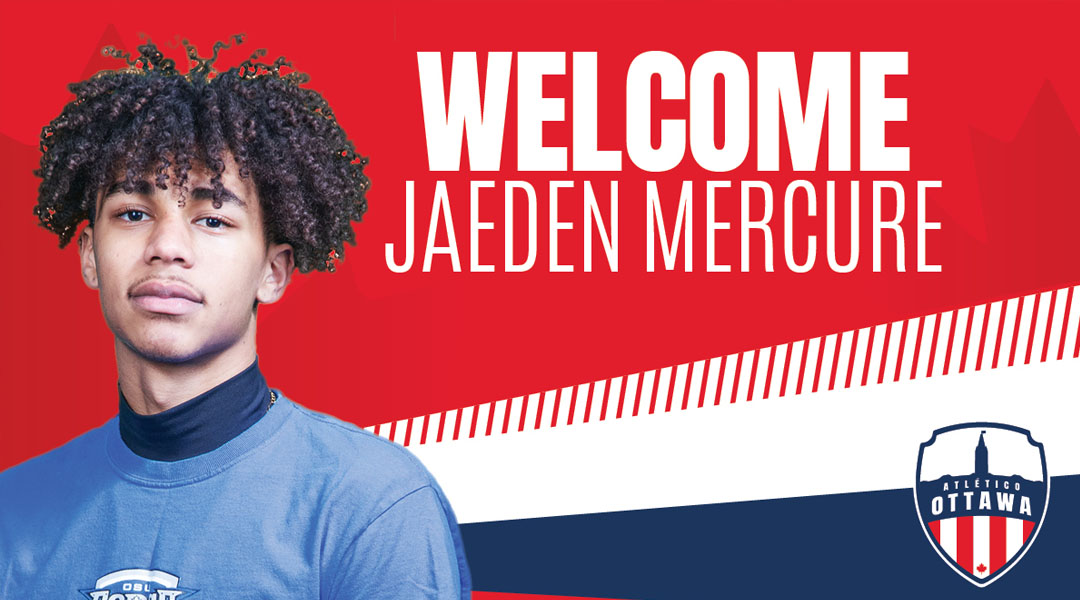 The teenager arrives from local side Ottawa South United, who began a community partnership with Atletico Ottawa last summer.

Mercure had returned to Ottawa South United after having departed for the Vancouver Whitecaps Residency program in 2017, before which he proved a multi-sport standout at the St. Mark High School.

The 18-year-old becomes the first Atletico Ottawa signing to join a developmental contract, which gives the club some wiggle-room when it comes to its 23-man roster capacity: in short, the teenager won’t count against this cap, and will retain his eligibility to return to varsity and amateur athletics following his time with Atletico Ottawa.

The 18-year-old is set to head to MacEwan University in Alberta this fall.

This is a dream come true to sign my first professional contract. It is even more of an honour to play for my hometown. There is nowhere else I’d rather be!

He isn’t the only teenager on the team, which also hosts 17-year-old Antoine Coupland, who made his professional debut at the age of 15 the Ottawa Fury. The club also has 19-year-olds in Teodor Obadal and Rafael Nunez, while CF Montreal loanee Keesean Ferdinand clocks in at just 17.

Jaeden, like Antoine only a couple years before him, is a young local player full of potential. We look forward to showing him the way and helping him continue his development as a professional soccer player.

The Canadian Premier League side will host a pay-what-you-want home opener this Saturday, marking the club’s first-ever home game. This comes in its second year of play, with the Ottawa-based side having finished second from the bottom at last year’s Island Games in PEI.

The team had to drop forwards Jordan Webb and Osah Bernardinho for its 2021 campaign, with injuries leaving the the last-placed team in dire need of bodies to put on the pitch. The side will be without Spanish midfielder Viti Martinez for its home opener after the 24-year-old picked up two yellow cards in last weekend’s match against Forge FC.

While it’s not the most ideal situation for the 18-year-old, the chance for Jaeden to train and play in a professional environment offer him a golden opportunity to impress at a high level before he begins his post-secondary education.

Jaeden Mercure arrives on a developmental contract with Atletico Ottawa, and is expected to depart this fall to begin his education at MacEwan University.