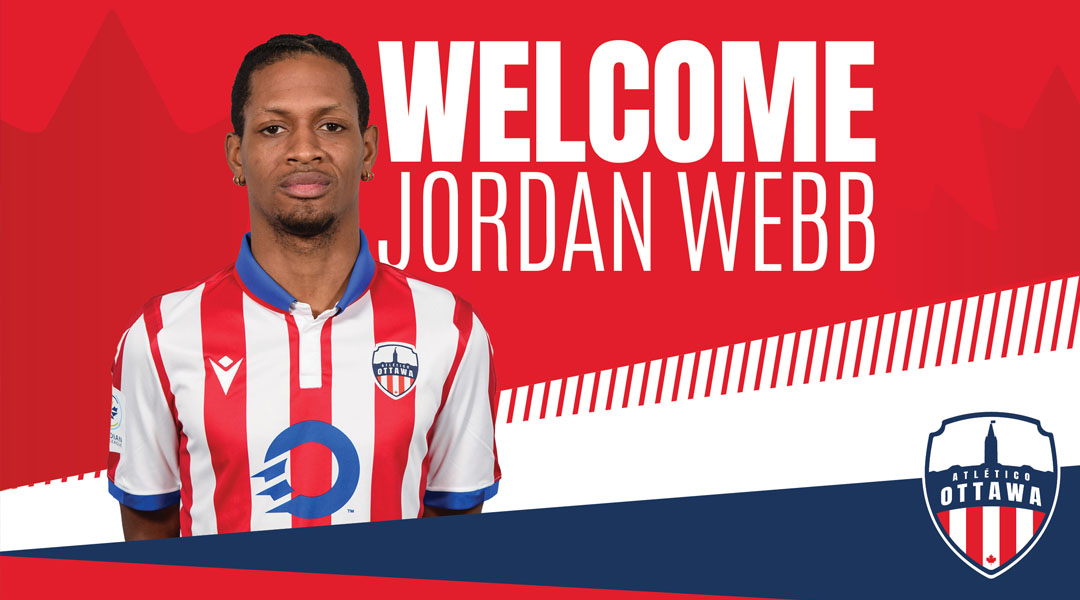 Jordan Webb’s return to Canada is official: the prolific winger has now been officially unveiled by Atletico Ottawa.

We had reported that Jordan Webb was a confirmed signing back during the original Soccerway roster leak in early March. Prior to that, the veteran Canadian winger had already disclosed that he was returning to Canada following several seasons with Singaporean side Tampines Rovers.

The 33-year-old winger has spent the last eleven years playing in Singapore, where he’s amassed over 240 appearances, scored just over a hundred goals, and provided some 28 assists for clubs like Hougang United, Home United, Young Lions, Warriors FC, and most recently the Tampines Rovers.

As just the third player to be revealed from Atletico Ottawa Club CEO Fernando Lopez’s box of surprises, the veteran is expected to be a big piece in elevating the side from its seventh place finish last year.

Jordan Webb is going to be a special player for us. He is an experienced renowned player that has an innate ability to create chances and score goals, and he has proven it throughout his entire professional career. He has been overseas for many years and now it was the right time to be back to his country and demonstrate to Canada what he is capable of.

When Webb last played club football on Canadian soil, he did so as a 21-year-old striker for the Italia Shooters in the CSL. Now 33 and a proven talent overseas, Atletico Ottawa head coach Mista describes him as an athlete who brings a winning track record into the side.

Webb revealed that a return to domestic football is something that’s been on his mind for many years, noting that being closer to his family was a big draw for the veteran winger. Like recent Atletico Ottawa announcement Chris Mannella, he states that preseason has proven very competitive so far, too.

Atletico Ottawa has now officially announced thirteen players ahead of the 2021 Canadian Premier League season, with four of them coming in as new faces: Webb, Mannella, Powley, and CF Montreal loanee Keesean Ferdinand.

Webb is also the third of three accurately predicted signings from Soccerway, which named eight athletes overall. While we’ve independently confirmed Ryan Telfer and Brian Wright, it looks like goalkeeper Teodor Obadal is in Spain along with defender Drew Beckie, who wasn’t named in the leak.

The Canadian Premier League has already seen an import from the Singapore Premier League impress, with former York United midfielder Wataru Murofushi having made 36 appearances for the Nine Stripes.

Webb is currently with the club for its Spain-based preseason which sees the Canadian Premier League side utilize the training facilities of Atletico Madrid across two locations. The club was the second CPL team to begin its preseason this year, with the Halifax Wanderers being the first.