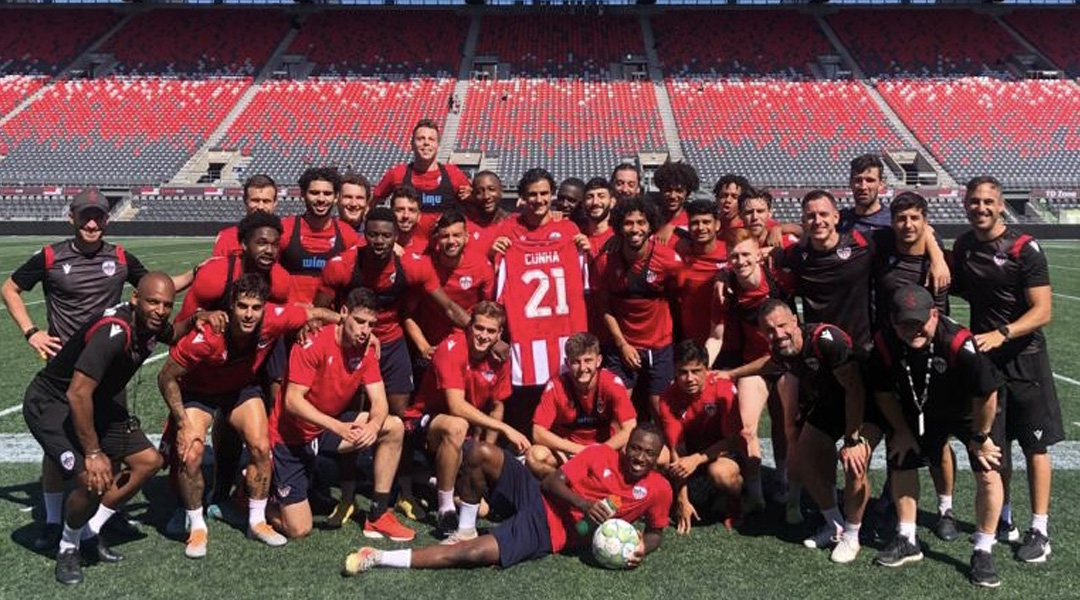 First round draft pick Jose Cunha has wrapped up his time with Atletico Ottawa ahead of a return to Cape Breton University.

The 21-year-old centre-back was picked first overall by the capital city club in this year’s CPL-U SPORTS Draft, though the highly-touted student-athlete only ended up making two appearances for the Ottawa while riding the bench on six occasions.

Cunha had developed through Portuguese sides Sporting Lisbon and Estoril Praia, and had previously been selected by Forge FC in a prior draft. For now, however, the left-footed defender – who was noted to be able to play as a midfielder on the left flank – will simply be hoping for more success at the U SPORTS level with the Cape Breton Capers

His departure comes at a time when Atletico Ottawa will need to ramp up its minutes handed to domestic U-21 athletes: with the season over halfway done, the club has only tallied 898 of the required 2,000, with the league recently publicizing that missing the marker will mean automatically missing playoffs too.

Essentially, the fourth-placed side now needs to hand about 90 minutes of gametime to a domestic U-21 athlete for each remaining match while keeping itself in the top half of the table.

“To all our fans asking and concerned about the U-21 minutes, we understand your frustration but I’m going to ask you one more time to trust us,” said Club President Fernando Lopez this weekend. “I’m going to echo our head coach: we have a plan and we are going to get the 2,000 minutes before the end of the season.”

The minutes the club has already accrued largely come from Zakaria Bahous, though Zachary Roy has been getting a few nods of late. Atletico Ottawa also secured Owen Antoniuk on loan from Whitecaps FC 2 in a bid to make more youth options available.

While it remains to be seen if Jose Cunha may one day crack a CPL roster like Cory Bent or Peter Schaale have done, he certainly remains one to watch for now.

The Cape Breton Capers had four student-athletes select in this year’s CPL-U SPORTS Draft, with ten having been selected overall.