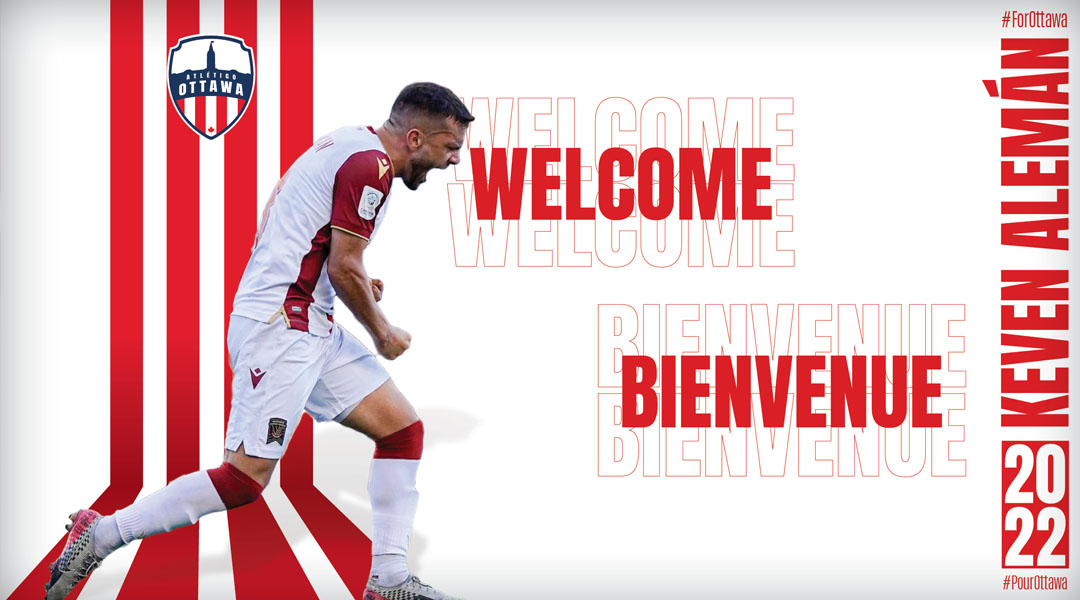 The 27-year-old spent the last two seasons with FC Edmonton and Valour FC, scoring one goal in seven appearances in blue at The Island Games, and then three in twenty-five appearances for Valour.

He now joins Atletico Ottawa on a one-year deal with a club option for 2023.

The left-footed attacker will arrive as a creative number ten who help an Atletico Ottawa midfield that has struggled to push forward quickly in transition, though Keven has shown that he can also play out on the wing, too.

Keven is a talented player, particularly on the ball, and is incredible in one-on-one situations. His ability to crack open defenses and create opportunities for himself and his teammates is special. This will continue to be a critical aspect of our game as we shape up our keys to success this season.

The former Sacramento Republic midfielder also has experience with Real Valladolid B in Spain and several stints in Costa Rica with Deportivo Saprissa, Herediano, and Belen (which eventually became Guadalupe FC, where he returned on loan ahead of the 2021 CPL season)

Keven is the penultimate signing in what has been a busy day for Atletico Ottawa fans, with the club also announcing the acquisitions of MacDonald Niba, Zakaria Bahous, Ollie Bassett, and Nathan Ingham earlier today.