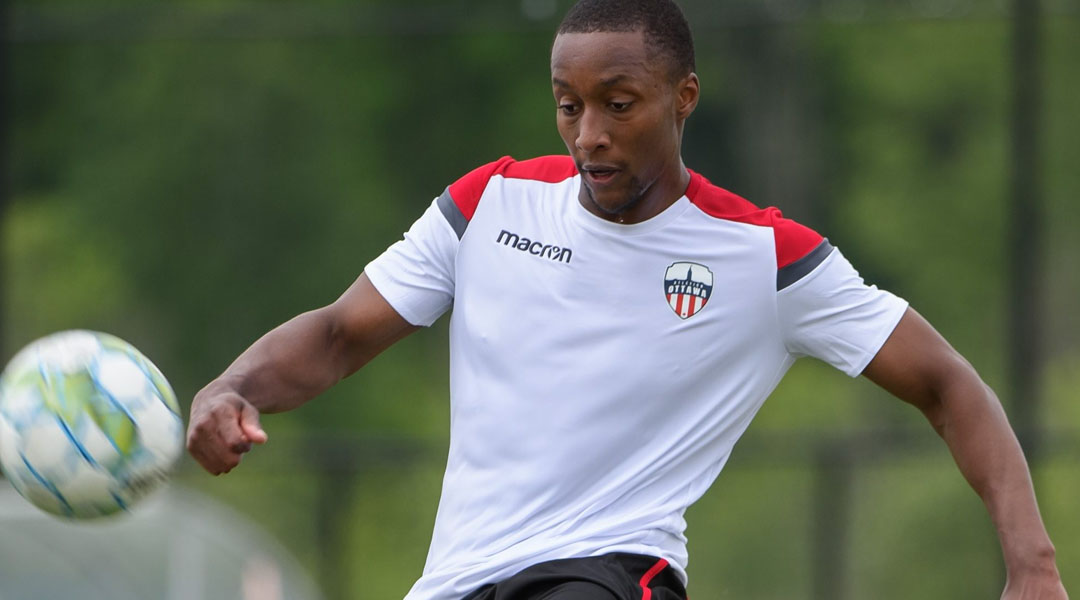 The wait is over: Atletico Ottawa has finally announced its first returning player of the 2021 Canadian Premier League season.

Today, the Ottawa-based side has announced that striker Malcolm Shaw has re-signed for the upcoming campaign. The 25-year-old striker started in all seven of Atletico Ottawa’s Island Games matches, scoring two goals from his time in Charlottetown – one of which was one of the best goals of the campaign:

The Pickering, Ontario native was first signed by the club after a three-day countdown teaser, prompting mixed reactions from fans given that he was arriving from the Swedish third tier. Undeterred, Shaw told us that goals and success would come, with the 25-year-old evidently having done enough to secure another year with the expansion side.

Atletico Ottawa head coach Mista didn’t heavily rotate his squad throughout the games, with Shaw consistently holding a starting spot over League1 Ontario standout Maksym Kowal, who left the club to play in Germany over the winter.

Malcolm provided stability in the final third throughout The Island Games in 2020. He is a young man that carries himself with great character and maturity beyond his years. His re-signing will be beneficial to continue building the culture and chemistry the club began to establish in a shortened 2020 campaign.

With the first re-signed player of the 2021 Canadian Premier League season now official, fans will be hoping to see more Atletico Ottawa announcements in the near future. It’s expected that on-loan Viti Martinez will return, along with team captain Ben Fisk and youngster Antoine Coupland. It is also rumoured that Chris Mannella will be joining the side next year.

The club announced that head coach Mista will be returning for another year along with the Spanish members of his coaching staff, with assistant coach Fabian Troche likely moving to more of an administrative role within the club.

The expansion side proved to be competitive in its first year of action, with Mista earning a coach of the year nomination for his efforts. With the 2021 Canadian Premier League season tentatively scheduled to take place just a few months from now, it’ll be interesting to see what roster Mista, Atletico Ottawa, and parent club Atletico Madrid ultimately piece together for the domestic competition.

Atletico Ottawa did not disclose the length or financial details of Shaw’s contract.