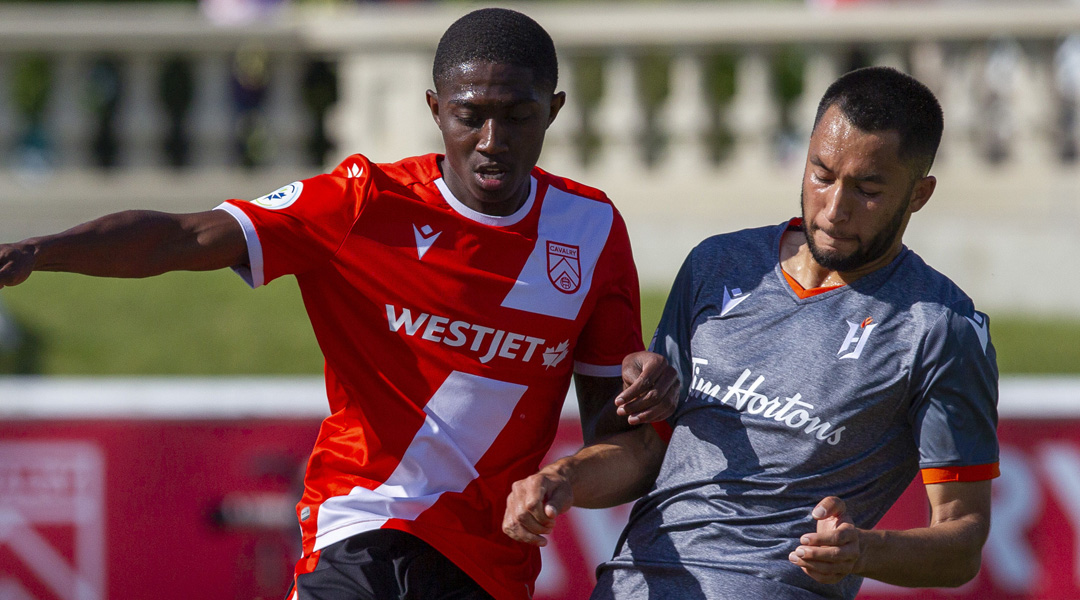 The 20-year-old forward made eighteen league appearances for Cavalry FC last season, accumulating some 1,275 minutes of game time. He contributed two assists for the Calgary-based side in the fall season.

He was most frequently deployed as a full-back to cover for Dean Northover, though his contributions as an attacker shouldn’t be discounted.


Prior to his time with Cavalry FC, the Calgary-born player spent time with the Calgary Foothills before going overseas to England for eight years with West Ham United’s youth academy. He then returned to Canada in 2018 to sign with TFC2, for whom he made eight appearances.

The 20-year-old revealed that he’s quite excited to learn from the Atletico coaching staff during the club’s Madrid-based preseason, among other things:

I’m very excited to be representing Canada’s capital by joining Atletico Ottawa as well as being part of the Atletico de Madrid family. This is a prestigious organization with such great history and I’m proud to now be a part of this new and exciting chapter. The opportunity to learn from the Atletico coaching staff as well as having a genuine pathway to progress is something you cannot turn down. The hard work starts now and I’m looking forward to giving everything I have for the Ottawa-Gatineau fans and supporters and the city of Ottawa.

Hamilton also brings in some international experience, having represented the Canada U-18 side when it was coached by Valour FC gaffer Rob Gale, scoring once in his two appereances in a showcase against El Salvador. A versatile player, the midfielder is comfortable on the wing or as a full-back, too.

We are delighted to have Malyk with us. He will bring versatility and depth to our defense and his talent and experience playing in the CPL will help us. We are sure he will be a defining player for our squad and together we will achieve all our goals.

Atletico Ottawa has already announced the signing of former Pacific FC winger Ben Fisk and the league’s youngest current player, Antoine Coupland. With Malyk’s signing, the club already has two of its required three domestic U-21 players under wraps.

Club President Jeff Hunt had revealed that the club will be announcing one player per day as it fleshes out its roster, giving each individual some time in the spotlight ahead of the club’s Madrid-based preseason which will begin on March 11.


Atletico Ottawa will kick off its first-ever Canadian Premier League campaign on Saturday, April 18, against Forge FC. A stretch of away games will precede the expansion side’s first home match at TD Place, which will take place on May 16 against the Halifax Wanderers.

The length or financial details regarding Hamilton’s contract were not disclosed by Atletico Ottawa.