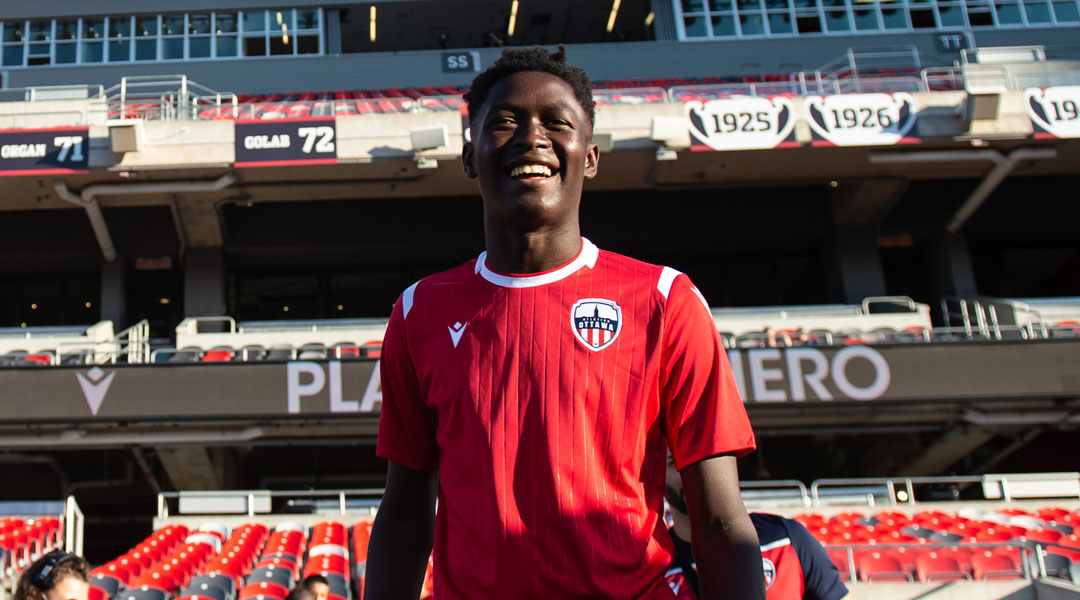 Canadian Premier League side Atletico Ottawa has officially signed local youngster Mamadou Ba to a Canadian development contract, allowing him to get some experience at the professional level while retaining his amateur eligibility.

The 2003-born youngster was quietly called up to the bench earlier this week for the club’s match against York United, which we noted was full of local talent.

While we speculated that the teenager was likely a single-match emergency call-up, it looks like Atletico Ottawa is keen to retain the youngster for a longer duration.

He has been described by former Ottawa Fury assistant coach Jed Davies as a humble and hard-working player, with today’s announcement noting he would often stay behind after sessions with Futuro Academy to get more touches and discuss tactics with coaching staff.

Still, the call to Atletico Ottawa came unexpectedly for the teenager, even though he’d trained with the professional side on a few occasions this year.

I was very excited when I heard I would be joining Atletico Ottawa. It was always my dream to play on a pro team, but the fact that the pro team I’m joining is in my hometown made it that much better! Being able to represent my city alongside my ex-academy teammate meant a lot to me. And being able to have my family and friends there during my first game was truly special.

The youngster arrives on a Canadian Development contract, which allows a U-18 amateur athlete the opportunity to play for a professional side without losing his eligibility to train and play with his local team.

In Ba’s case, that means he can still keep playing with Futuro Academy, where just two years ago he was breaking through the ranks as an off-the-bench option. After riding the bench for Atletico Ottawa this week, he caught an Uber to attend training with the youth team after the match.

Ba becomes the fifth played to join Atletico Ottawa since August, and the third local: Ottawa South United players Jaeden Mercure and Myles Cornwall have come in as much-needed depth, with defenders Matthew Arnone and Nyal Higgins also being called into action.

With eight players out injured and Ryan Telfer suspended for two more matches, it’s clear that head coach Mista needs reinforcements if the bottom-placed team is set push upwards in league standings. As we’ve put it, the club is in for an uphill battle.

The full details regarding Ba’s Canadian Development contract were not disclosed by Atletico Ottawa.