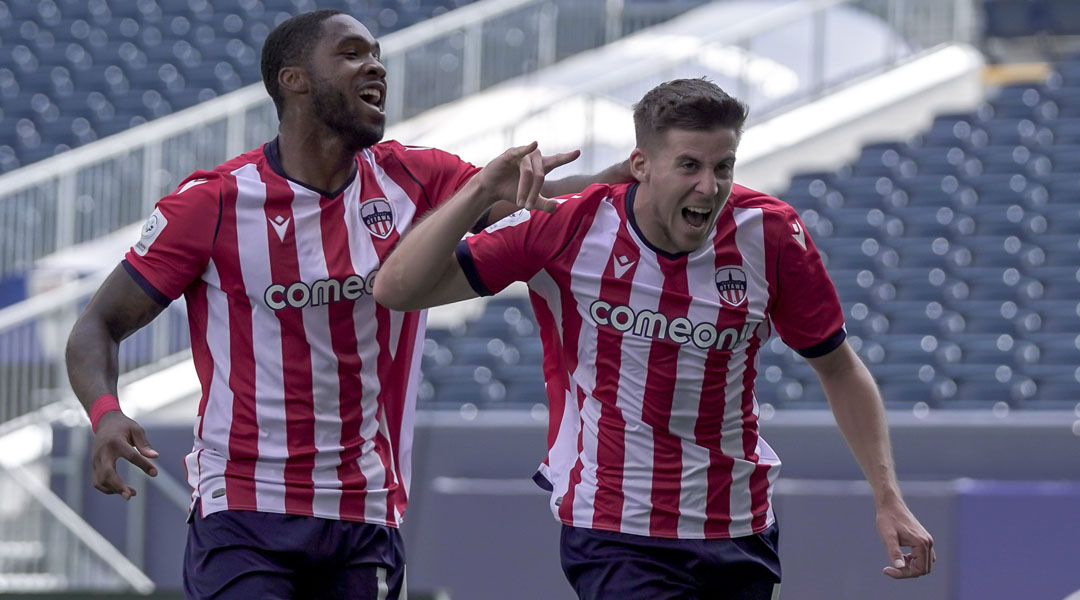 Canadian Premier League side Atletico Ottawa has announced that Spanish midfielder Viti Martinez may be sidelined for the club’s match against Cavalry FC after being caught on the receiving end of a strong tackle against FC Edmonton.

The 24-year-old midfielder had been the difference for the side in its season opener against FC Edmonton, pouncing onto a shot opportunity at the edge of the box to secure the matchwinner just eight minutes from time:

This morning, the club reported that Martinez was listed as ‘under observation’ from the Atletico Ottawa medical services team, suggesting that he may be doubtful for tomorrow’s clash against a Cavalry FC side that also collected three points over the opening weekend.

With plenty of midweek matches packed into the league’s bubble-based opening, the likelihood that each team will see its roster depth tested throughout the opening month of action is high. While Atletico Ottawa was able to enjoy a fuller preseason than most (with Martinez spending time on loan with Alaves B before that), there’s no question that even a well-prepared Atletico Ottawa side will have its depth tested.

Viti’s goal last weekend was his second-ever for the side, with the Mataro-born central midfielder having also procured late drama in the club’s Island Games match against Pacific FC last year.

This morning the club also reported that Trinidad and Tobago international Ryan Telfer had accepted a late call up for his nation’s Gold Cup qualifier this Friday, meaning the side will be missing two big pieces of its midfield contingent this week – with Telfer possibly missing the rest of The Kickoff should Trinidad and Tobago qualify for the Gold Cup.

The club’s midfield contingent was already without Jordan Webb for the bubble tournament, with visa issues cancelling the arrival off Ghanaian winger Osah Bernardinho. The side will also be unable to put attacking midfielder Alberto Soto on the pitch until he can be fully registered next week.

Should Martinez be cleared to play tomorrow, his presence will be a big boost against Cavalry.

Atletico Ottawa is set to take on Cavalry FC tomorrow at 10:00PM EST, and the club won’t have much time to rest after that with a match against host side Valour FC then taking place on Saturday.