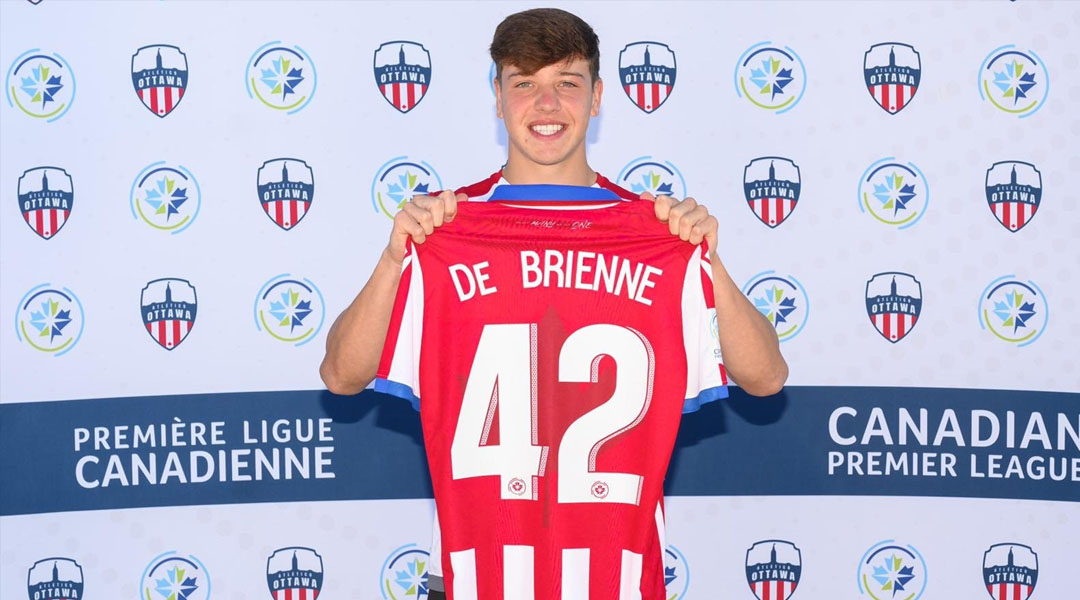 Nearly one month after we reported that Vancouver Whitecaps U-19 prospect Matteo de Brienne was training with Atletico Ottawa, the Canadian Premier League expansion side has announced the signing of the 18-year-old attacking midfielder.

He joins the growing Atletico Ottawa roster as the club’s third-youngest player, behind Antoine Coupland and Whitecaps loanee Gianfranco Facchineri.

We are delighted to announce Matteo as an Atletico Ottawa player, with his addition we continue with our philosophy of working together with the local soccer community, incorporating talented young players to our squad and giving opportunities to the future generations.

Matteo is a left winger by trade. He developed at Ottawa South United, where he won an OPDL Championship in 2015 after contributing 44 goals in only 20 games for the side. After that, he joined the Whitecaps Residency program and continued his development on the west coast until now.

To be part of such a great organization, in my hometown town, where it all started for me, is truly unbelievable. I am thankful to Atletico Ottawa for giving me my first professional contract. Ottawa is a great city. It has phenomenal and dedicated fans, and I can’t wait to be part of the club’s success and make this city proud.

Matteo becomes the seventeenth player to join the inaugural Atletico Ottawa roster and the sixteenth full signing of the club. The side recently released trialist Kyle Walton due to injury, and is rumoured to have League1 Ontario standout Maksym Kowal in camp right now, too.


The expansion side is coached by former Atletico Madrid striker Mista, who will play in a trademark style that will see the side retain possession and involve some slow, deliberate build-up to attacks.

Atletico Ottawa did not disclose the length or financial details of Matteo’s contract.