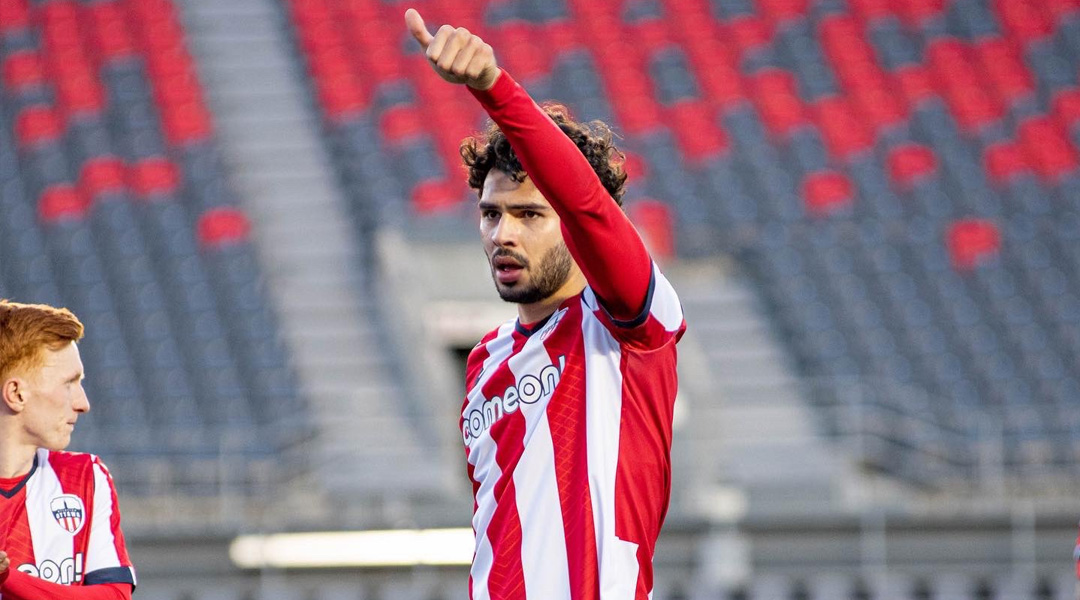 Atletico San Luis forward Vladimir Moragrega spent this season on loan with Atletico Ottawa, with the forward now officially closing the the books on his Canadian chapter.

The 24-year-old Mexican forward published a farewell message to the club this weekend, making it unlikely that he’ll return for a second loan spell from Atletico Ottawa’s partner club. Moragrega made 24 appearances for the red-and-white, contributing a sole goal against Valour throughout a campaign that saw him largely used as an impact sub.

“Thank you for everything, Atletico Ottawa. Thank you for helping me grow as a player and a person,” he said in an online post. “I leave with very nice memories. I know they will do very well. I will miss them!”

He had arrived as a season-long loan alongside Diego Espejo, who proved to be a more crucial cog en route to Atletico Ottawa’s regular season win and first-ever CPL Final.

Moragrega featured in five minutes of playoff action en route to the final, but wasn’t part of the matchday squad on the big day. He clocked in a total of 767 minutes on the pitch for the capital city club.

Moragrega had been picked up by Atletico San Luis last summer, having previously spent the last several seasons in Mexico’s second division. His move to Atletico San Luis was preceded by a hot run of six goals in fourteen games with Atlante. At six-foot-one, he was certainly a sizeable addition to the pitch, even if that didn’t translate to a multitude of goals for him at TD Place.

The formal departure of any loaned player is an expectation at the conclusion of the season. The club had also taken in international loanee Sergio Camus in addition to Moragrega and Espejo this year.

The capital city club has been quiet regarding its roster for the 2023 CPL season. While team captain Drew Beckie has retired, the likes of Shaw, Tabla, Bahous, Haworth, MacDonald, Roy, Verhoven, and Ingham remain on contracts through 2023, while Wright, Aleman, Sissoko, Perez, Tissot, and Melvin are on club option years. Mannella and McKendry are now out-of-contract.