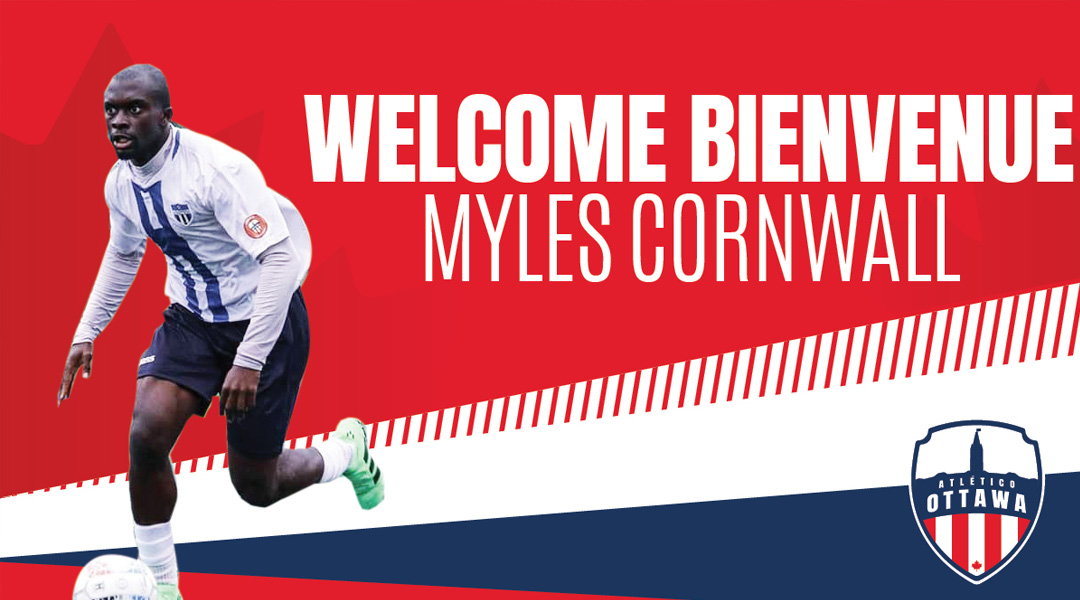 Atletico Ottawa has signed 22-year-old Canadian athlete Myles Cornwall to a contract for the remainder of the 2021 CPL season.

Cornwall, who stands at six feet tall and hails from Ottawa, arrives as a player with experience in a variety of positions: he has largely featured as a forward at the semi-professional and varsity levels, playing on both sides of the wing and directly as a striker. More recently, however, he’s also worked on his defensive game on the flanks, with Atletico Ottawa eyeing him for the left-back position.

Atletico Ottawa head coach Mista has largely deployed Spanish full-back Miguel Acosta there this season, though he was brought in to play on the right and isn’t a natural left-back. West Ham Academy product Vashon Neufville has been out of the lineup since picking up an injury against Forge on August 14, putting Atletico Ottawa in a crunch for the position.

Cornwall developed Ottawa Royals before joining Ottawa South United, where he contributed six goals and five assists for the League1 Ontario team in the 2017-2018 season. Between 2016-2019, he also made 72 appearances for Walsh University, netting 22 goals and 17 assists in NCAA Division 2 action.

Atletico Ottawa states that it hopes to have Myles available for selection this weekend, suggesting that he could dress for the team ahead of this afternoon’s clash against the Halifax Wanderers.

Our players are working hard, but we have a long season ahead of us still. We are excited to have Myles join us. We know he will be a good fit with our team because of his skills and character.

The Ottawa-based side is set to play four home matches in a row, which means Cornwall will likely have an opportunity to make his professional debut in front of his hometown in the coming weeks. Having been invited to trial with Toronto FC and the Vancouver Whitecaps in the past, OSU President Bill Michapulos states that the opportunity comes well-deserved for Cornwall.

Myles is a player who has been on the cusp of receiving an opportunity at the professional level for a number of years. To anyone who knows Myles and his dedication and character, they will be delighted to see him get this opportunity with his hometown team. Everyone at our club, OSU, looks forward to supporting him and the team during their upcoming home games.

The Canadian Premier League side finds itself bottom of the table after thirteen games played with a goal difference of -12, and was recently knocked out of the preliminary round of the Canadian Championship. With former Ottawa Fury head coach Marc Dos Santos now without a club, Mista will be looking to oversee a much-improved second half of the season before he finds himself under the proverbial hot seat.

Atletico Ottawa did not disclose the length or financial details of Cornwall’s contract.