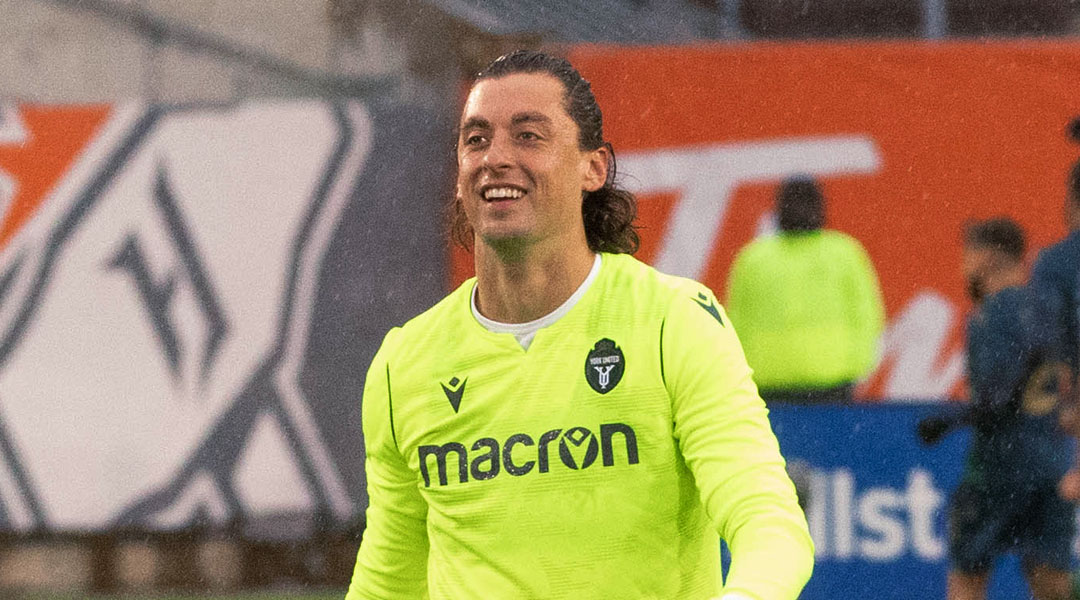 Former York United goalkeeper Nathan Ingham has landed with Atletico Ottawa, where the CPL veteran will be an expected starter for the capital city club.

The 28-year-old had been the de facto number one for York United over the last three CPL seasons, recording 17 clean sheets throughout 62 appearances in all competitions.

“We consider him one, if not the best pure shot stopper in the league,” said Atletico Ottawa CEO Fernando Lopez, “he plays aggressively for each and every ball and shows great character, something we feel fits our club’s values and style very well.”

The faith in Nathan has resulted in a two-year deal that will keep him at TD Place through the 2023 CPL season.

The Keswick, Ontario-born goalkeeper certainly arrives as a proven talent in CPL circles, with Ingham earning a Golden Glove nomination from the club’s inaugural campaign. His latest season saw him top the league in terms of over-performing his expected goals against, making us think he was snubbed to miss out on a golden glove nomination last year.

Prior to his time in the CPL, Ingham spent time with FC Edmonton in its NASL days, Toronto FC II, the Calgary Foothills, and the Pittsburgh Riverhounds.

Ingham had signed a sizable two-year deal with York United midway through his blistering campaign in 2019, with sources inside the club stating it was always likely to lead to his departure when it came time to renew. With Atletico Ottawa signing him to a multi-year deal, he’s likely to be one of the highest salary cap earners in the team – but if he provides big results, he’ll be viewed as well worth the price.

Coming to Ottawa was an easy decision for me. After my contract with York United expired, it was the first club I asked my agent to pursue and when they showed the same interest in me it didn’t take long to sort out the details. When I spoke to Fernando, it was clear that my goals and the goals of the club were the same.

The 27-year-old arrives to TD Place on a two-year contract, offering stability for a position that has seen a lot of turnover throughout the club’s first two seasons.

Atletico Ottawa has been a goalkeeper carousel in its last two seasons, with the side having gone through five shotstoppers in that time: Nacho Zabal and Dylon Powley were the starters in each consecutive season, whilst Ricky Gomes, Horace Sobze Zemo, and Teodor Obadal had come in as second and third-string choices before departing.

While he was only listed as out of contract, Northern Tribune has confirmed that Teodor Obadal will not be returning with the side.

The financial terms of Ingham’s multi-year deal were not disclosed by Atletico Ottawa.