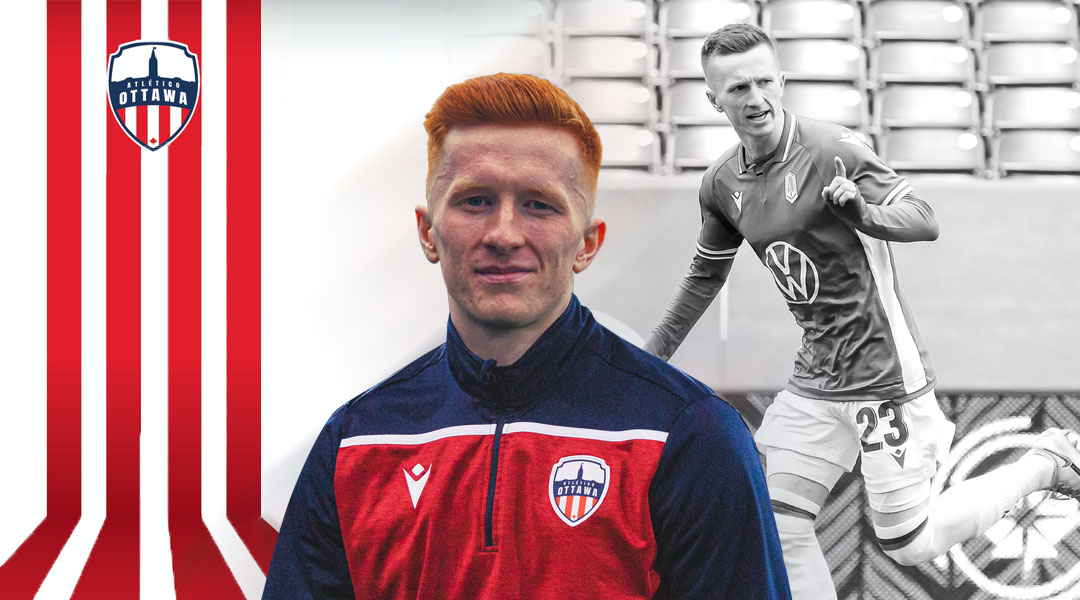 The 23-year-old former Northern Ireland youth international impressed while with Pacific FC last season, recording twenty appearances and scoring a phenomenal debut goal on what would ultimately prove to be a title-winning campaign:

The England-born midfielder’s arrival to the Canadian Premier League had followed years of playing in various levels in England, New Zealand, and Australia, with Bassett having drifted outside of the pro game. His return to professional football with Pacific FC saw us describe him as a low-risk, high-reward signing, and he evidently became the latter.

Ollie’s quality has been demonstrated already, and we couldn’t be happier to have him join our club. He’s extremely active on both sides of the ball and he will be valuable in our abilities to move the ball and shape the play the way we intend to.

The 23-year-old developed through the academy systems with Aston Villa, Southampton, and Yeovil Town before he was called upon to make his Football League debut for Yeovil in 2015. At just 17 years old, he became the youngest Yeovil player ever to feature in the league.

The feat put Bassett on multiple radars, with the midfielder earning a call up to a Northern Ireland U-19 training camp as a result, later featuring in a UEFA U-19 Championship qualification match against Slovakia. Back at Yeovil Town, a new head coach opted to loan him to non-league side Dorchester Town across three small stints, with Ollie ultimately departing in 2017 after making just two appearances for The Glovers.

Bassett found himself drift out of the professional game after that, playing for two-non league sides in England before signing with New Zealand side Waitakere United. He scored four goals in 18 appearances there before making an intra-league move to Team Wellington, where he enjoyed a blistering campaign that saw him bag six goals and eight assists in just ten appearances.

Having travelled to Australia during the year and liking what he saw, he then signed with NPL Victoria side St. Albans Saints FC before returning to England with seventh division side Nuneaton Borough. He came on to Pacific’s radar after that and began his chapter in Canada.

“I’m hoping to come off the back of a winning championship and do my part to bring success to this football club,” said Bassett, “I’m extremely excited to play in front of all the fans at TD Place and with all of your support, hopefully we can achieve great things together this season.”

The left-footed midfielder had been hoping to find stability after going through nine clubs in six years before arriving to Canada, and his new deal with Atletico Ottawa will give him that: he’s now signed on a two-year deal with a club option for 2024.

He becomes the third of six Atletico Ottawa signings to be announced today, with MacDonald Niba and Zakaria Bahous having been revealed earlier.