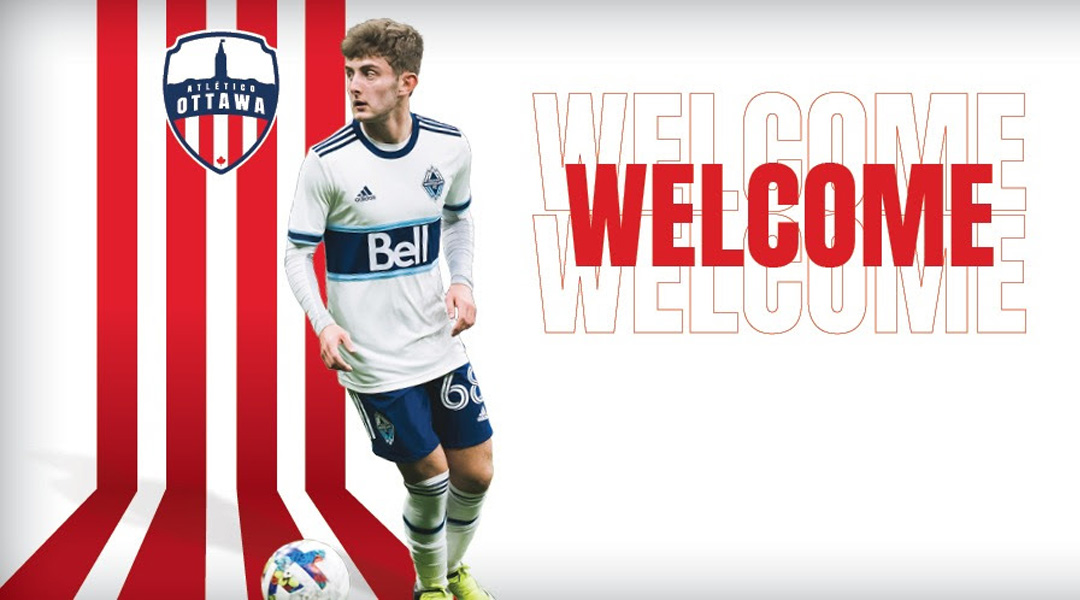 Whitecaps FC 2 youngster Owen Antoniuk has been loaned to Canadian Premier League side Atletico Ottawa for the remainder of the season.

The 19-year-old centre midfielder joins a capital city club that has only handed domestic U-21 athletes 616 of the CPL’s required 2,000 minutes at the midway point of the campaign.

His new CPL side describes him as a smart, technical talent who offers a dynamic option to the third-place side’s roster.

“I’m very excited and happy to be here. It was a quick move, but I’m thrilled to get this chance,” said the newest Atletico Ottawa loanee. “For me, this is obviously a bit about getting more playing time. If I can help the club with U-21 minutes, then I look forward to earning my spot and will work for that. But I’m excited about getting exposure on the east coast [sic], and I know playing at TD Place is going to be great!”

The Calgary-born youngster took his first steps in the Whitecaps development system with the club’s Alberta Academy Centre program, eventually enlisting in the MLS side’s own academy in 2018. He had previously spent time with the Calgary Blizzard and Calgary Foothills.

He earned a nod up to the U-21 level last year, and even trained with the first team on a few occasions before joining Whitecaps FC 2 for its inaugural MLS NEXT Pro campaign. This season has seen him feature in thirteen matches for VWFC2, scoring three goals along the way.

“At this point the most important thing for Owen’s development is to get consistently meaningful minutes on a good competitive level,” explained Whitecaps FC sporting director Axel Schuster. “We look forward to following Owen’s progression in Ottawa.”

While it’s clear that the youngster can add a forward element, he made sure to note that he offers some qualities on the defensive end, too: he’s played deeper in the middle of the park before, though it sounds like he’ll be played further up the pitch at TD Place.

Antoniuk is the third on-loan athlete on the club roster, behind Diego Espejo and Vladimir Moragrega. Previous loanee Ivan Perez recently fully signed with the club.

Neither club stated whether the Whitecaps FC 2 had a recall clause for the 19-year-old.