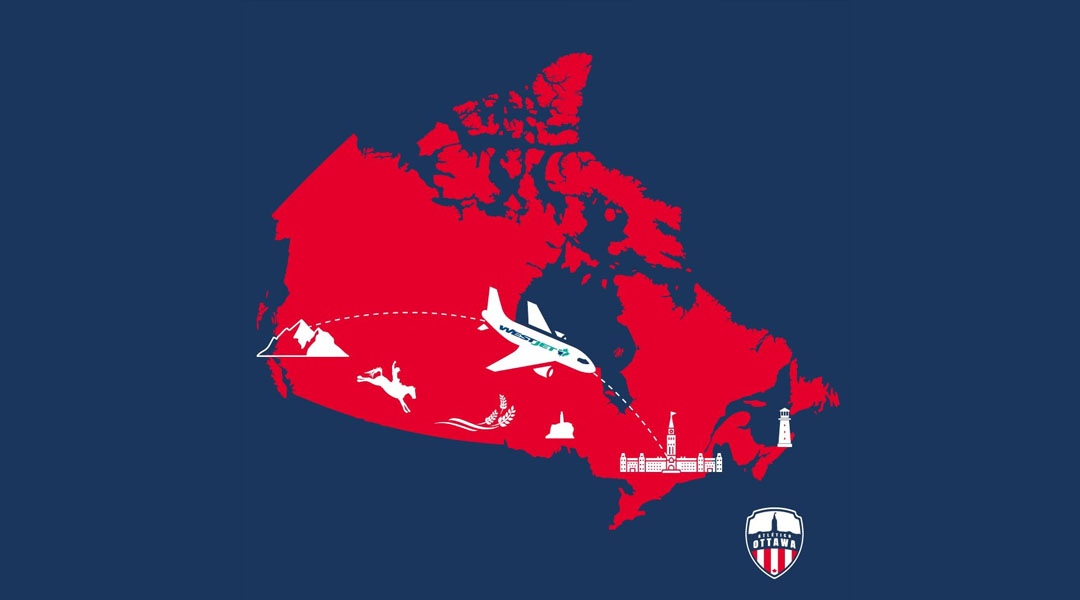 Canadian Premier League expansion side Atletico Ottawa has teased a brand new player signing who is from or has most recently played in British Columbia.

The Ottawa-based club posted a tweet this morning which simply said ‘Shipped’, with an image showing a plane en route to Ottawa from British Columbia. The tease comes two days after it became known that Whitecaps Academy product Matteo de Brienne has been training with the side for three weeks, though that doesn’t necessarily mean the tweet is about the youngster.


In an earlier chat with Northern Tribune, Atletico Ottawa head coach Mista revealed that he expects his roster to rise to seventeen or eighteen players ahead of the as-yet-unconfirmed 2020 Canadian Premier League season, with the club having signed Canadian striker Malcolm Shaw in the time since.

Still, with only one striker on the books there isn’t a lot of depth up top for Atletico Ottawa. Six-foot-four former Pacific FC striker Marcus Haber could be a possibility, with the Vancouver native’s contract status going unrevealed following the inaugural Canadian Premier League season. The 31-year-old striker found the net four times in fifteen appearances for the Tridents, ultimately falling short of the high expectation placed upon him prior to the 2019 season. A late spring season injury didn’t help things, either.

36-year-old forward Issey Nakajima-Farran may also be a possibility, with the former Pacific FC player having sold his BC-based house-boat within the last month. In early 2020, the well-traveled veteran told Northern Tribune he was open to continuing his career with a professional side, but recognized that the Canadian Premier League was built for younger domestic players.

Similarly, former Leicester City man Iain Hume had expressed interest in the league, but for the time being the 36-year-old looks set to close out his career without having played club football in the nation. Hume has no obvious ties to BC, so the tweet isn’t about him.

Atletico Ottawa currently has fifteen players signed on for the 2020 season, with youngsters like Antoine Coupland and Malyk Hamilton currently training with international veterans like Francisco Acuna, Victor Martinez, and Nacho Zabal. Once whatever league action to come concludes for the season, the side will jump into Canadian Championship action, too.