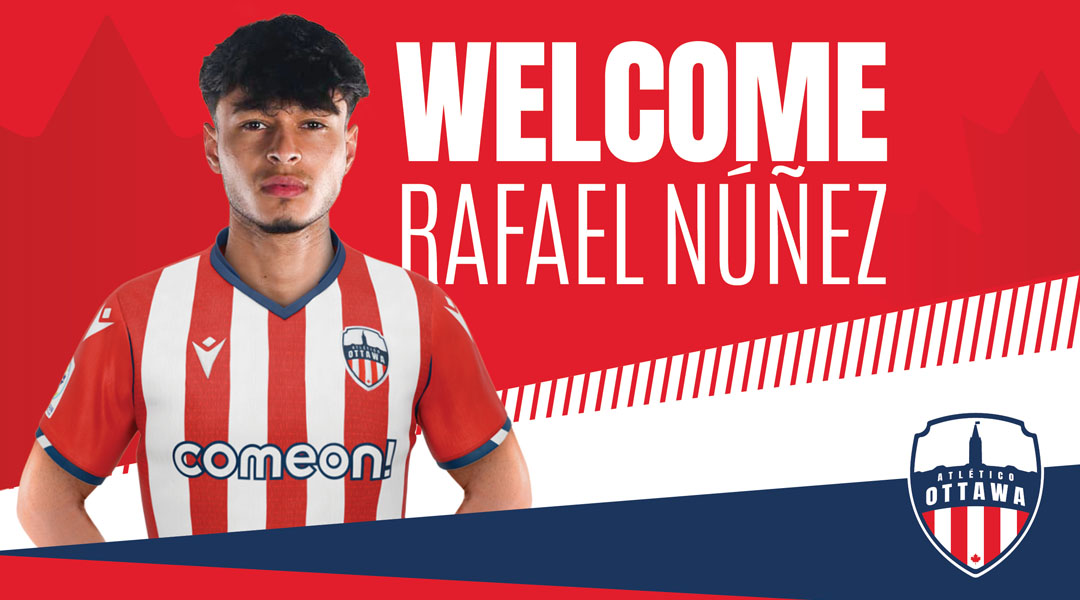 Canadian Premier League side Atletico Ottawa has announced its second player loan of the season, with Spanish-Dominican attacking winger Rafael Nunez joining the side from the Atletico Madrid Academy for the 2021 CPL season.

The move of the youth prospect marks the first-ever Atletico Madrid to Atletico Ottawa loan.

Nunez, 19, is an academy prospect with the reigning La Liga champions and has progressed up to the U-19 level thus far. He also made his debut for the Dominican Republic U-23 national team, featuring in three Olympic Qualifying matches this March – all of which can be seen on OneSoccer.

I have never been to Canada, so I am excited to come to the capital and meet the fans. As a young player I am looking forward to getting some professional experience in Canada’s top league. I can’t wait to play in front of the fans at TD Place.

The winger has been part of the Atletico Madrid Academy system in 2015, having grown up in Spain after being born in the Dominican Republic.

Atletico Ottawa head coach Mista describes the 19-year-old as a fast and versatile attacking winger who has accumulated a fair bit of experience playing at a highly competetive level for someone his age. Similarly, Atletico Ottawa CEO Fernando Lopez was quick to tout the youngster’s impressive technical skills, noting that he has strong potential to create when attacking from the flanks.

Nunez is the currently the third Spanish athlete on the roster, with midfielder Viti Martinez returning from The Island Games and full-back Miguel Acosta being signed last month. He isn’t the only player brought in on loan, with CF Montreal sending Keesean Ferdinand to Atletico Ottawa for the 2021 CPL season.

The arrival of Nunez means that Atletico Ottawa only has two roster spots left, only one of which can be used on an international. Given that Atletico Madrid B midfielder Alberto Soto has been tagged in Canada, he looks like one of the more likely prospects in that regard.

Atletico Ottawa has completed a significant roster overhaul following the club’s inaugural campaign, with the majority of domestic replacements having been leaked by a Soccerway roster update.

Atletico Ottawa will kick off its second-ever season against FC Edmonton on June 26, 2021.