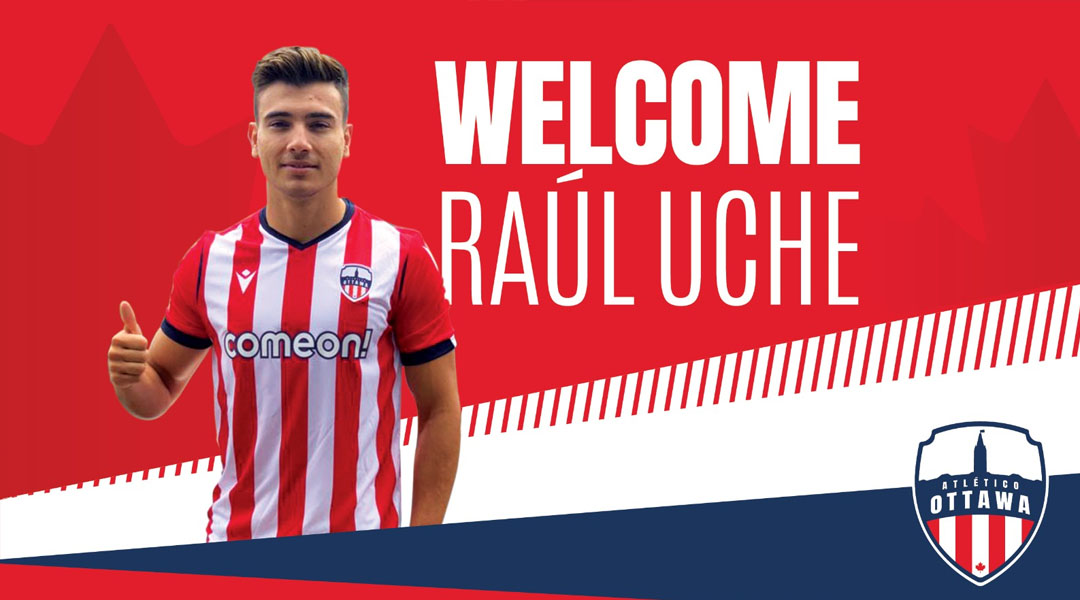 Canadian Premier League side Atletico Ottawa has brought it’s attacking numbers back up by one with the addition of Spanish centre-forward Raul Uche, who is already cleared to play for the team’s first match outside of the bubbled start to the season.

The 23-year-old striker arrives as the club’s seventh and final international addition of the season. He last played Valladolid B in the Spanish third division, having previously stints in his homeland with Betis Deportivo B and Rayo Vallecano B.

It was after rising through the lower ranks of Rayo Vallecano at the youth level where Uche found himself thrust into the spotlight, landing with Leicester City in 2016 but never ultimately progressing beyond the Premier League side’s U-23 team before returning back to Spain.

For Atletico Ottawa, he arrives as a player with a high ceiling who offers a goalscoring touch after forwards Osah Bernardinho and Jordan Webb both departed, with striker Malcolm Shaw getting most of the minutes up front ahead of Brian Wright and Shawn-Claud Lawson.

Uche has scored 16 goals across 64 appearances throughout his career so far, with six of them coming from his previous season with Valladolid B.

We look forward to having Raúl join the team and provide additional creativity in our attack. He brings versatility and quickness that will be a welcomed addition to our young squad.

While Atletico Ottawa is currently middle-of-the-pack in terms of goals scored, fans have felt the absence of creativity of up front. With Atletico Madrid Academy loanee Alberto Soto recently being cleared to play for the side and Ryan Telfer now back from the Gold Cup, Uche adds another element that could help the side rise up the Canadian Premier League table.

We have a lot of matches left to play and Raul will bring fresh legs and energy to help us with the rest of the season.

The length and financial terms of Uche’s contract were not disclosed by Atletico Ottawa.

The Canadian Premier League’s eighth team currently finds itself bottom of the league table after a tough mentality test in the bubble, with the team now set to play two away matches before finally hosting a pay-what-you-want home match.