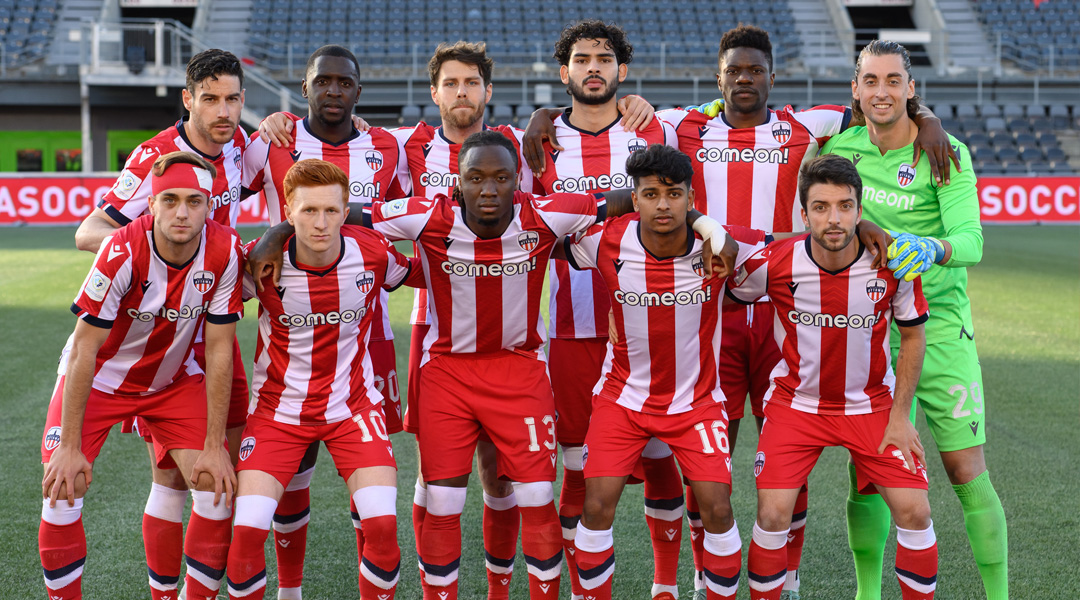 It should come as no surprise that the capital city club has exercised its option on left-back Maxim Tissot, who proved a defensive stalwart for the side. The 30-year-old recorded 31 appearances across all competitions, contributing three goals and four assists as an everpresent fixture for Carlos Gonzalez.

The team has also returned that goalkeeper Sean Melvin will return as the number two behind Nathan Ingham, despite some speculation that he might depart westwards to Pacific or Vancouver FC. The 28-year-old got four runs between the sticks following his return to Canadian soil, with Gonzalez emphasizing that his work throughout the season helped to push the other goalkeepers in the squad to improve whilst proving that the side “can be comfortable in that position with any of the [goalkeeping] choices”.

In terms of departures, we already knew that defender Ivan Perez had procured his return to Spain. Atletico Ottawa has also revealed that club original Ben McKendry has departed following the expiry of his contract, with Chris Manella following suit. The team opted not to exercise its option on midfielder Keven Aleman, with team captain Drew Beckie having already confirmed his retirement – though he’s likely to stay on with the club in another capacity.

McKendry, 29, had made sixty appearances for the red-and-white and was the team’s all-time appearance leader, with his sole goal for the club coming in 2021 against the Eddies. Prior to landing with Atleti, the Vancouver Whitecaps product spent time with an NASL-era FC Edmonton, Finnish side Turun Palloseur, and Swedish side Nykopings BIS.

Aleman, 28, had joined the club this season and made 26 appearances across all competitions, most of them as a substitute. He recorded two goals and one assist, last appearing in the 2022 CPL Final. He’s been a CPL journeyman over the last few years, having also suited up for Valour FC and FC Edmonton.

Chris Mannella’s departure comes after making six appearances for a combined total of 90 minutes this year, a drastic decrease from his contributions in 2021. With a dwindling role on the team, it wasn’t a shock to see the former York United and Ottawa Fury midfielder depart.

The club also confirmed that Sergio Camus, Vladimir Moragrega, and Owen Antoniuk have all returned to their parent clubs following the expiry of their loans, though defender Diego Espejo was notably excluded from any mention here.

“Atletico Ottawa would like to thank the departing players for the contributions they made throughout their time with the club and wish each one the best for the next chapter of their careers,” stated the club.

The team will also evaluate drafted student-athletes Junior Agyekum and Mohamed Bouzidi, while we still await an update on whether Brian Wright and Abdoul Sissoko will return.

All-told, much of the club’s core is set to remain in place for the 2023 CPL season, giving coach of the year Carlos Gonzalez plenty of familiarity to work with as he continues the hunt for his first North Star Shield.