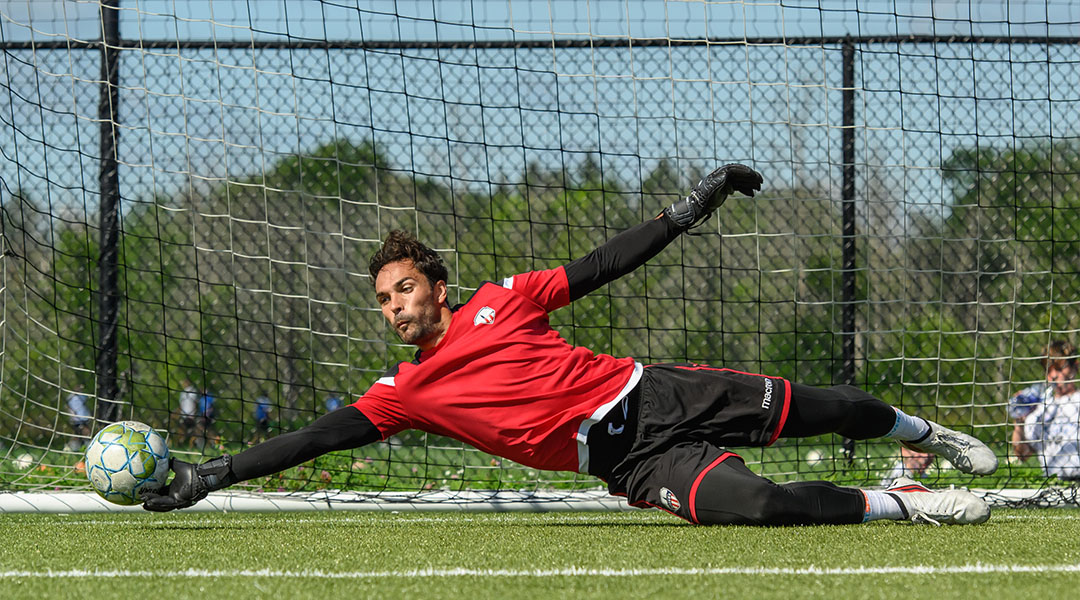 Canadian Premier League side Atletico Ottawa has provided its first roster update of the offseason, with the club confirming that it will not be renewing the contract of 27-year-old Canadian goalkeeper Ricky Gomes.

Gomes inked a one year contract with the club back in March, with the Kitchener-born athlete having spent the majority of his career in Portugal prior to the return home.

While he seemed destined for a starting role, the arrival of Nacho Zabal pushed Gomes down the depth chart. With Zabal featuring in all seven of Atletico Ottawa’s matches, Gomes now moves on without having made an appearance for the side.

Ricky is a professional on and off the field and brings his everything to the team day in and day out. We planned to have Ricky take the field this year, but due to the shortened season it was not possible. We wish him the best moving forward and he will always have a home in Ottawa.

Gomes told fans that he hopes to see them all again very soon, stating that he had no regrets in signing for what he says will one day be a fantastic Canadian football club.

All-told, the wording of his statement implies that his time playing in Canada may not be over:

Not the inaugural season we all hoped for in 2020 with Atletico Ottawa due to the impact COVID had not only on football, but on the world. My homecoming dreams of playing back in Canada, in front of family and friends, will have to wait.

Atletico Ottawa just recently announced that head coach Mista would be returning for the 2021 Canadian Premier League season, with the Spanish gaffer disclosing that he intends to begin making signings over the next few weeks.

Thus far there are no confirmed returning players, though one imagines some of the inaugural roster are already contracted to at least 2021: Viti Martinez is currently listed as on loan, while team captain Ben Fisk has been quite positive about Atletico Ottawa on social media.

Rumours have also circulated that former Ottawa Fury midfielder Chris Mannella may be set for an intra-league transfer there, too. In CPL circles, it is not uncommon for a player to sign a contract but for the announcement to come quite some time later.

While it’s unclear what’s next for Ricky Gomes, it’ll be interesting to see if the 27-year-old goalkeeper will be able to have a proper homecoming in the Canadian Premier League.

It is unclear whether former PLSQ all star Horace Patient Sobze Zemo will be re-signed as a depth option, either. Given that Nacho Zabal completed an iron man season between the sticks under Mista, one imagines that the Spaniard will be high on the side’s retention list.