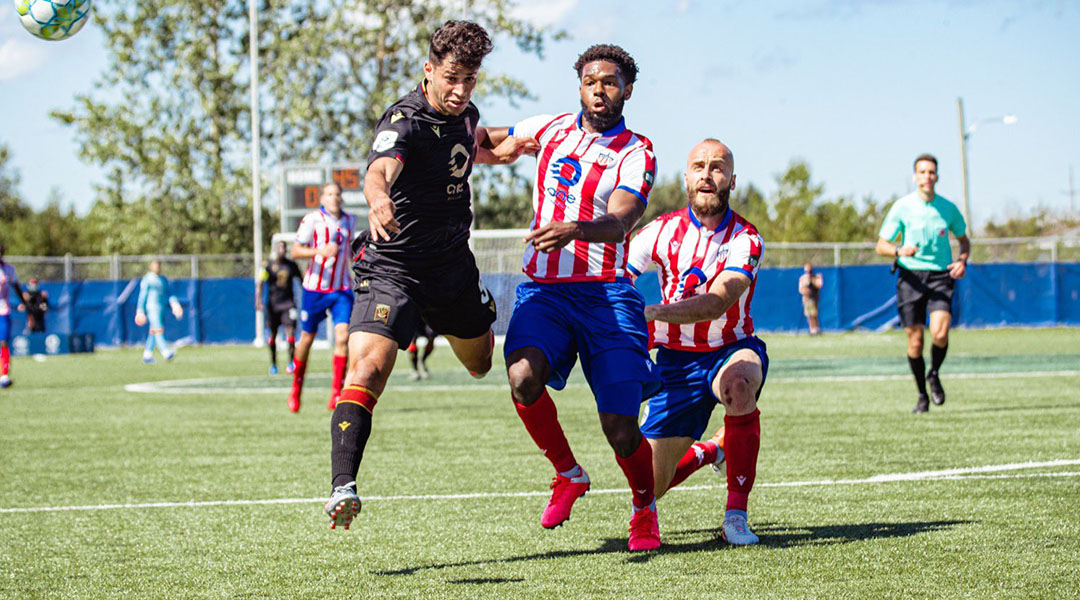 It was less than a month ago that Soccerway updated its Atletico Ottawa roster to reveal no less than eight unannounced player signings, half of whom were intra-league arrivals with the rest being brand new domestic signings.

Atletico Ottawa has remained quiet regarding any new player signings following Soccerway’s removal of the update, with club CEO Fernando Lopez simply stating that the club has a ‘box full of surprises‘ which will leave fans happy once the announcements are officially made.

With our own sources confirming that Atletico Ottawa was indeed bringing in Chris Mannella, Ryan Telfer, and Jordan Webb, we stated that the Soccerway leak appeared legitimate.

Today, the leak has earned some more credibility with the news that Teodor Obadal – who had been named in the roster leak – has arrived to the very Spanish city in which the club’s preseason begins today.

Obadal is expected to don a number two role behind former Eddies goalkeeper Dylon Powley, who penned a farewell letter to his former club in January. It is also expected that Zach Verhoven, Chris Mannella, and Ryan Telfer (whom Trinidad and Tobago listed as an Atletico Ottawa player already) will also arrive as intra-league additions to Atletico Ottawa.

In terms of new faces alongside Obadal and Webb, it appears that Ontario-born forwards Brian Wright and Shawn Lawson are also set to join the CPL’s first-ever expansion side for its second season.

Fernando Lopez revealed that the club expects to have 16-20 players on hand by the time Atletico Ottawa finishes its Spanish-based preseason in 3-4 weeks. The club already has ten players on the books, with the eight leaked athletes and two CPL-U SPORTS Draft picks potentially making up the full 20.

Former Atletico Ottawa midfielder Ajay Khabra retired as a player, but rejoined the club in a coaching role. Atletico Ottawa had previously confirmed that its Spanish coaching contingent was remaining for the upcoming season.

While nothing has been made official in terms of brand new player signings, it appears that Soccerway certainly pulled its information from a credible location before removing the listings after fans caught wind of the unannounced additions.

Whether the club’s 2021 roster ends up being a ‘box full of surprises’ is up for debate, though if the Soccerway leak is accurate (and it appears to be), the Atletico Ottawa roster is certainly looking good.