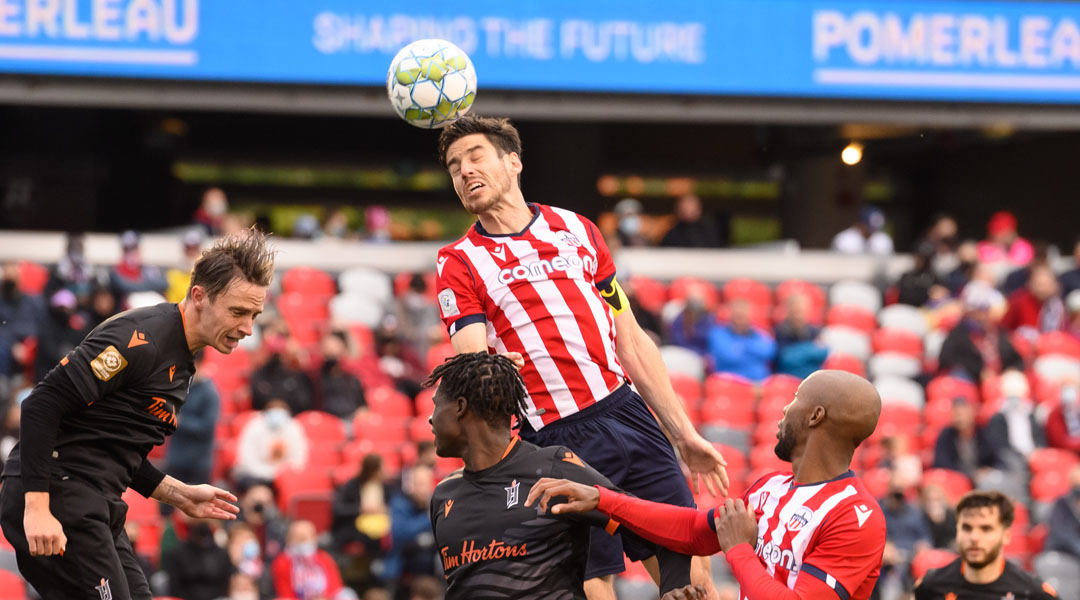 Canadian Premier League side Atletico Ottawa has retained just seven players ahead of its third season thus far, suggesting that TD Place will witness a lot of change.

That being said, the club does note that it is still in negotiations with several players who now find themselves out-of-contract.

The club revealed that both Shaw, Acosta, and Verhoven have inked two year deals with the club with an option for 2024, whilst Beckie and Wright have club options for 2023. There is no option on contracts for Mannella and McKendry.

Goalkeeper Teodor Obadal and defender Brandon John were not mentioned in the announcement.

The list of departing players features a mix of expected and surprising names, with Viti Martinez having played a big role with the side over the last two seasons. At the front, it was no surprise to see club top scorer Malcolm Shaw return, with the striker contributing one third of Ottawa’s goals last year. Despite his individual form, the team still finished second-worst in league scoring with 30.

Things weren’t much better at the rear, where the club succumbed to a league-worst number of goals conceded with 47 after 28 games played. Goalkeeper Dylon Powley had already confirmed his departure, and with youngster Teodor Obadal not being mentioned in the release it’s up in the air on whether he’ll be returning.

At last report, it looked like former York United Nathan Ingham was in serious discussions with the club, though he’d command a high price tag in the salary cap league. As things stand, Atletico Ottawa has now seen five goalkeepers come and go throughout its first two seasons.

While the developmental contracts for local youngsters like Jaeden Mercure and Mamadou Ba expired at the end of the season, it wouldn’t be surprising to see them eventually return on similar deals if depth is needed in the club’s third season.

It was never expected that last season’s loan additions of Nyal Higgins, Keesean Ferdinand, Rafael Nunez, or Alberto Soto would return, with Atletico Ottawa confirming that all four of these players have returned to their respective parent clubs. Ferdinand recently had his option exercised by CF Montreal.

While veteran winger Jordan Webb had signed with the club ahead of last season, he went his separate ways after missing the bubble due to personal reasons. He told us earlier this month that a return was unlikely, though he was open to other CPL opportunities.

The club states that it is in discussions with several new internationals linked with Atletico Madrid’s group of clubs, while also assuring fans that it was on the search for top domestic talent, too.

The club is set to announce a new head coach and technical staff later this week. With Marc Dos Santos ruling himself out of the role, whispers of both Nick Dasovic and Jim Brennan have sprung up of late.

With the 2022 CPL-U SPORTS Draft set for next week, the expansion side will have the first and ninth of sixteen picks by virtue of its last-placed finish in the 2021 season. The university-based draft saw players like Stefan Karajovonic and Garven Metusala make a splash last year, suggesting that the talent pool is certainly there for the picking.

Despite plenty of difficulties on the pitch last season, Atletico Ottawa has enjoyed plenty of boisterous support at TD Place. With the expansion side finishing dead last in 2021, the only new direction it can go is up – and with just seven player retentions so far, it’s clear that the side is ready to embark on big changes to make that happen.