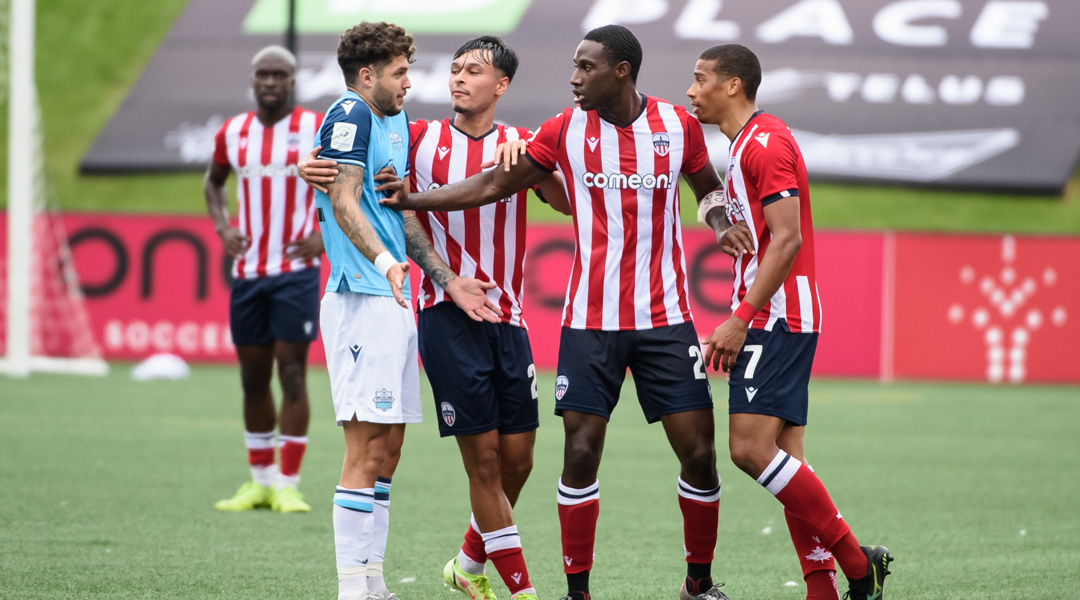 Atletico Ottawa forward Ryan Telfer has issued a public apology following his physical altercation and offensive gesture against the Halifax Wanderers on Sunday.

The 27-year-old Trinidad and Tobago international was given a straight red card following a dispute with Joao Morelli, with Telfer flipping off either the referee or Joao as he began to head to the locker room.

With Telfer’s suspension expected to be at least for three matches, Atletico Ottawa will be without one of its most experienced forwards in a season that already saw the club forced to let go of its contracts with Osah Bernardinho and Jordan Webb.

It is still unclear what prompted the referee to give Telfer a straight red following what had initially been a yellow card.

The forward released a public statement regarding the on-pitch incident this afternoon:

Dear Atletico Ottawa fans, my sincerest apologies. I also need to apologize to my teammates and coaches, the entire Atleti family, the Halifax Wanderers, the officials, and the rest of the league for my behavior this past Sunday. You know me as a fierce competitor, but this time I let my emotions get the best of me. I am not proud of what transpired at that moment and know you expect better of me. I will face the consequences of my actions and look to redeem myself on and off the pitch.

Atletico Ottawa stated that the player’s actions did not meet its expectations, but did note that the club was proud of him for owning up to them. The apology comes two days after the incident happened at TD Place.

Telfer had a breakout year during the league’s inaugural season, where he scored ten goals and contributed three assists for York9 FC (now York United), while also grabbing an assist for Toronto FC during a few minutes on the pitch during a one-match emergency loan recall.

He had a much quieter Island Games with the Nine Stripes last season, appearing in all seven league matches for the side without any goals or assists. After signing for Atletico Ottawa this season, he has made seven appearances and scored a single goal against Halifax.

Telfer had missed all but one match in the Winnipeg-based bubble after being called up to the Trinidad and Tobago national team, but had played every possible minute of action once teams returned to home markets.

The halfway point of the season represents a defining time for Atletico Ottawa: there have been some problematic patterns within the club, but the current squad does have enough redeeming qualities that makes the side hard to rule out as a dark horse in the latter half of the season. What happens next will likely determine whether another significant rebuild takes place.

The last time a Canadian Premier League player had to apologize for an on-pitch outburst was when former Valour Captain Jordan Murrell kicked an assistant’s table in anger after being sent off in 2019.

Atletico Ottawa has accumulated four red cards in fourteen league matches this season, with thirty yellow cards having been handed out to Atleti players in league action.

The length of Ryan Telfer’s suspension has not yet been disclosed.