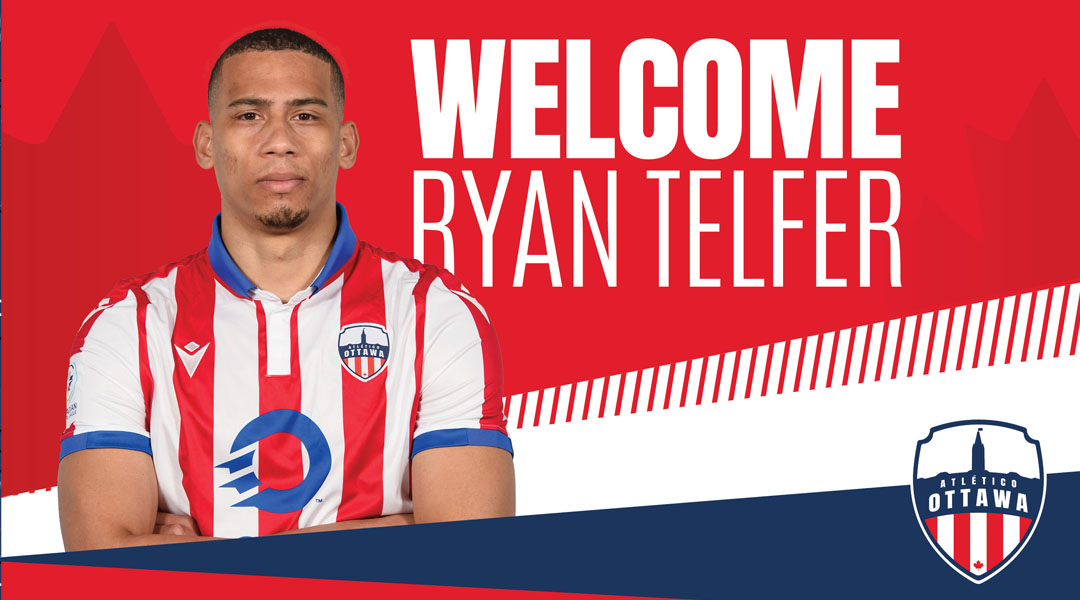 The 27-year-old winger spent the last two seasons with York United, first on loan from Toronto FC and later on as a full signing for The Island Games following a small stint in Cyprus.

Telfer made 39 appearances for York United across all competitions, scoring ten goals and providing three assists in the in the club’s inaugural campaign, which also saw him contribute an assist for Toronto FC during a few minutes on the pitch following a one-match emergency loan recall.

The Trinidad and Tobago international had a quieter time at The Island Games last year, where the Nine Stripes struggled to score goals from open play. Now transitioning to Atletico Ottawa alongside former Nine Stripes midfielder Chris Mannella, a fresh start could see Ryan Telfer regain the title as one of the league’s most dangerous forwards.

Telfer has been in hot form for Trinidad and Tobago, who incidentally labelled him as an Atletico Ottawa player ahead of two World Cup qualification matches in March. Telfer appeared in both, scoring a goal against Guyana and contributing an assist against Puerto Rico.

Ryan is someone who brings a lot of experience and leadership to our Club. He is one of the top players in the Canadian Premier League. We believe he brings a lot of skill to our team and we will look for him to contribute to achieve our objectives. Telfer encompasses the values of what it means to be a member of the Atleti family.

Prior to that he was also named as one of eight Atletico Ottawa signings in the Soccerway roster leak, where we confirmed his transfer was legitimate alongside the likes of Chris Mannella, Jordan Webb, and Brian Wright (who has yet to be announced). The club is expected to add others like Teodor Obadal and Drew Beckie to its ranks in the near future, too.

Telfer is already with Atletico Ottawa for its Spain-based preseason, which saw the club ease into things at Los Angeles de San Rafael before moving to Alca de Henares to finish at Atletico Madrid’s training complex. The club capped off its time in the former location by securing a 1-0 win over Spanish fourth division side Gimnastica Segoviana.

Atletico Ottawa head coach Mista was highly complimentary of the club’s latest signing, stating that while they had a good idea of what they were getting in the winger, he’s exceeded already-high expectations in terms of physical and technical quality.

I am excited for this new chapter. Joining a new club is not something you can do every year especially one with the history of the Atletico family. I am ready to give the fans in Ottawa everything I have to win.

All-told, Ryan Telfer is a fantastic pickup for Atletico Ottawa: the 27-year-old arrives knowing he has what it takes to be a leading Canadian Premier League forward, and if Atletico Ottawa can help him flourish, the former Toronto FC man will be seen as an absolute bargain for the Ottawa-based club.

With great speed, an eye for goal, and tricky feet, Telfer has all the ingredients to wow crowds once they’re able to get back into stands. He becomes Atletico Ottawa’s fourth intra-league signing ahead of the 2021 CPL season after Chris Mannella, Dylon Powley, and Zach Verhoven.

He isn’t the only high-profile intra-league move announced today, though, with former Forge FC striker Anthony Novak signing for rival side Cavalry FC this morning.

Atletico Ottawa did not disclose the length or financial details of Telfer’s contract.