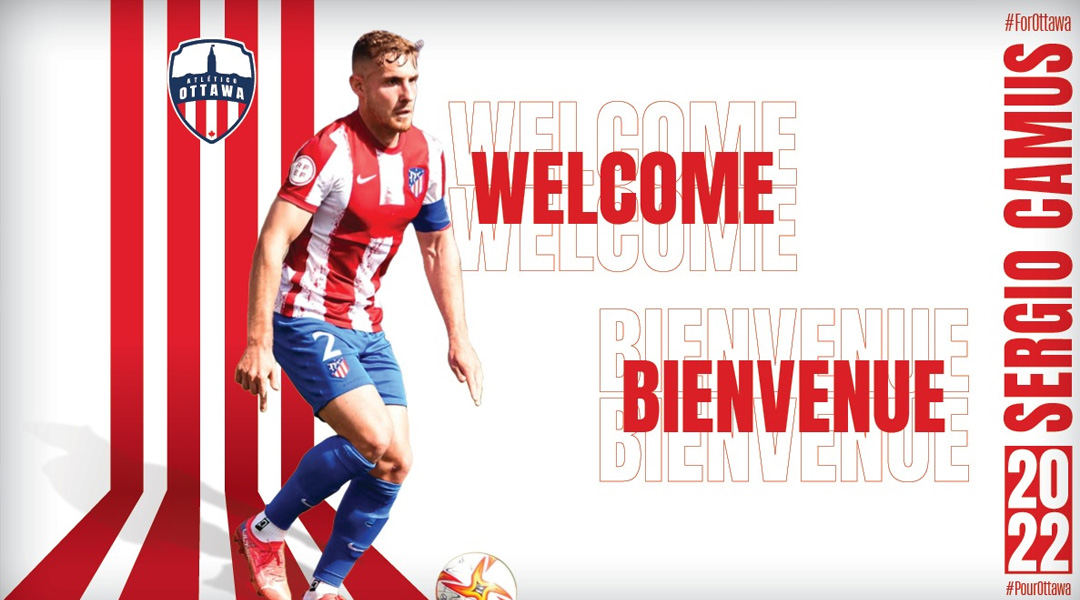 Canadian Premier League side Atletico Ottawa snuck in one last roster addition during the international window, with the capital city club confirming the loan addition of defender Sergio Camus today.

“We’re happy to welcome Sergio to our Ottleti family,” stated Club President Fernando Lopez. “Sergio will provide the club a lot of flexibility: we will be able to use his talents in multiple roles within our system which will be important for us in the final stretch of the season. He has demonstrated to be a capable centre back with his biggest strengths being his strong aerial ability and his anticipation in the defensive third.”

The Colindres-born defender began his career with Racing Santandar and Arenas Club, and he’d also spent time with CD Vitoria and Portugalete. His first steps with Atletico Madrid came last summer, where he broke into the aforementioned B Team and captained the side.

With over 84 professional appearances to his name, he arrives as a selection with plenty of high-level experiences for an athlete at the CPL level – in fact, he’d even been on the bench for a UEFA Champions League match against AC Milan, though he’s yet to make his debut for the senior team back in Madrid.

“I am delighted to come and join Atletico Ottawa,” said the club’s new signing. “I’ve watched a lot of highlights and some games in the past few days, and I love the connection with the fans. I’m looking forward to joining the team, putting in the hard work, and giving everything I have to help us reach our goals.”

The 25-year-old will join Atletico Ottawa this week ahead of the club’s away match to reigning champions Pacific FC, who themselves might be down a star player by that point.

This summer has seen Atletico Ottawa sign short-term loanee Ivan Perez to a full deal, while bringing in Owen Antoniuk on on loan from Whitecaps FC 2 in the club’s bid for domestic U-21 minutes.

Atletico Ottawa currently rests in the top half of the league table, three points off of the pole position.