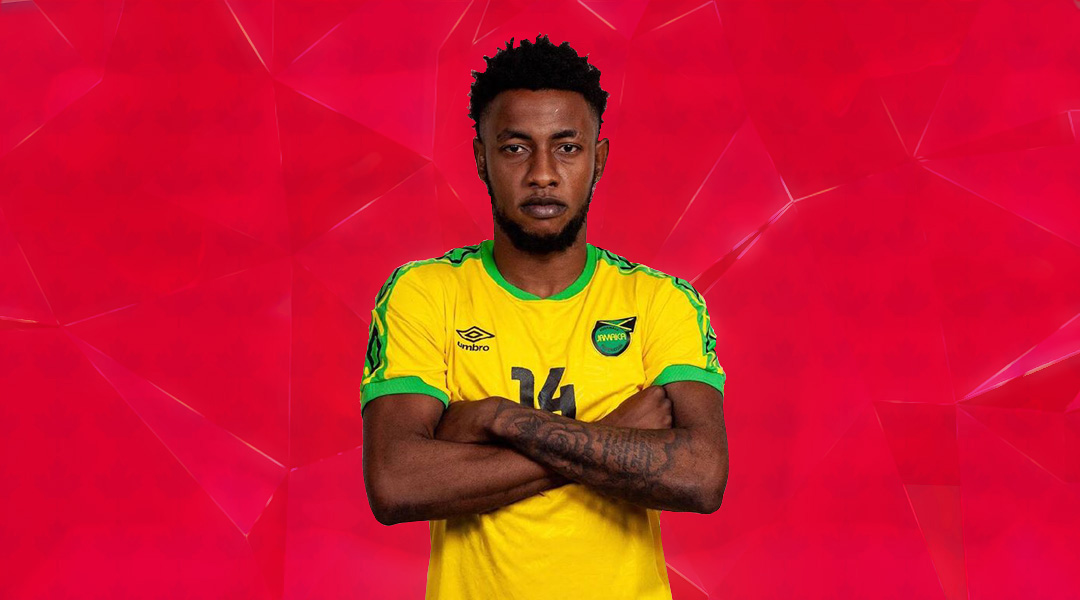 New Atletico Ottawa signing Tevin Shaw isn’t shying away from setting high expectations for his new club: from what he’s seen of the Canadian Premier League expansion side so far, he believes they can challenge for the North Star Shield.

The 23-year-old Jamaican international had spent his club career rooted in Jamaica before coming to terms with Atletico Ottawa, who flew him out to Madrid to join the club for preseason prior to the suspension of all CSA-sanctioned soccer activities. While the sporting world is currently on pause, Shaw remains eager to begin the new Canada-based chapter of his footballing career:

It’s a wonderful feeling, I’m so excited about this new deal and getting an opportunity to play in Ottawa. It’s really something that any player would want, you know? I’m anticipating great things. New team, new players, new staff and everything, but I think right now with us getting everything together, we can challenge for the title.

The former Portmore United midfielder describes the current Atletico Ottawa roster as a young squad with good potential, and so far the signings have been reflective of such: 16-year-old Antoine Coupland was among the first signings, with 20-year-old fullbacks Vashon Neufville and Kunle Dada-Luke reflecting the youthful philosophy of the side.


Having now completed ten signings, Atletico Ottawa’s current roster has an average age that clocks in at just about twenty-two years and three months, with former Pacific FC midfielder Ben Fisk being the oldest of the bunch at 27 years of age – though many more signings have yet to be announced.

It’s a wonderful squad. It’s a good squad, young squad. Good potential, good players. We’re just building the chemistry each day, getting a bond together, getting used to each player, getting used to the staff. I really believe it’ll be a good campaign for us.

When the opportunity first presented itself, Shaw was won over by the idea: while he’d never trialed overseas, the thought of playing abroad had always appealed to him. With six caps for the national team and several seasons spent getting consistent minutes in the Red Stripe Premier League, he’s ready to establish himself as a consistent performer in the CPL’s second-ever season.

While his short-term goal is to perform well in Ottawa, he says he’d like to boost his profile on the transfer market in order to aid his ambitions of continuing his career at even higher levels, too.


Like his fellow countrymen Alex Marshall and Nicholas Hamilton, his time with Atletico Ottawa will be his first time playing abroad at the club level. When the club first reached out to his agent, it took a few weeks for the details to be finalized. All the while, Shaw was still starting for Portmore United prior to the league’s suspension due to the COVID-19 pandemic.

When I first heard about the deal, I was so excited. I was in touch with my agent, and he was in touch with my club, Portmore. It wasn’t confirmed by that time, so I was just focused on my tasks that I have with Portmore, but was still bearing in mind that I might possibly make the move to Ottawa. What excites me is that it’s Atletico Madrid who own the club, so I was excited to get starting with the club, you know? After getting in contact with them, I was anticipating great things. After everything got confirmed, I was so happy to be a part of the family, and happy to get started.

Shaw left Portmore United after having made 21 appearances for the side, contributing one goal from the top of the eighteen yard box. While he’s a defensive midfielder by trade, he’s one to watch out for when it comes to set pieces – he’s bagged a few from such during his time with Tivoli Gardens, and came a few inches away from scoring against Barbados during one of his appearances for Jamaica, too.

One of Shaw’s last appearances for Portmore United saw him make his Conacaf Champions League debut in a match against Cruz Azul, where his side suffered a 4-0 defeat against the Liga MX giants in Estadio Azteca. It’s an experience that Shaw says emphasizes what it takes to keep playing at a high level.

Hats off to Cruz Azul. They were a quality team, you know? They dominated us in the game. To play in that environment and that level, it’s the level you have to have. A level of professionalism where you have to prepare very well as individuals as well as a team. Without performance and determination, you won’t be able to last in those fixtures.

Shaw and the other new arrivals from the Red Stripe Premier League represent a larger-scale transition for the domestic Canadian league: while clubs are still capped at seven internationals on each club roster, there’s set to be a larger influx of these roster spots being utilized than there was in the inaugural campaign. Shaw says that more international players will help further improve the quality and consistency of the league, while also bringing in a lot of experienced heads that will help the league’s youngest domestic players develop.

It’s a transition in roster management that likely wouldn’t be possible without the league’s partnership with 21st club, which provides equal league-wide access to the eight Canadian Premier League sides. This grants the clubs a lot of scouting information they couldn’t afford to get otherwise, and has already resulted in several signings.

The club’s latest signing is still in Jamaica, and isn’t very familiar with Canada yet. He describes it as cold, which is a fair assessment, but says he’s ready to make the jump and establish himself as a defensive midfielder who’s capable of having an impact on both ends of the pitch.


Despite only being 23, Shaw has been playing professional football for six years after signing his first professional contract with Jamaican side Boyz Town in 2014. He earned four appearances in his first season and five in his next before transferring to Tivoli Gardens, where he became a regular starter and earned his first national team call up. He made his debut in a friendly against South Korea two years ago, and has gone on to make six caps for the Reggae Boyz in 2018.

From what he’s seen of the league’s first season, Shaw believes the high quality of play in the Canadian Premier League will boost his chances of returning to the national team set up: 2019 saw him dropped from the national team roster, but he believes a strong 2020 showing with Atletico Ottawa can set things back on course.


It’ll be a big move for the Jamaican international, who has two sons who won’t be immediately moving to Canada alongside him when he goes. In the midst of everything going on in the world, there’s a lot of uncertainty in what will happen in the months to come. The Canada Soccer Association has suspended operations due to the COVID-19 pandemic, which is still likely weeks away from its peak in Canada. When a sense of normalcy does begin to resume, though, the 23-year-old says the move to Ottawa was the right choice for both him and his family.

I think Ottawa is a good move for me. For me, my family, for Portmore, and also my agent. In general, it’s a wonderful opportunity for me.

Atletico Ottawa did not reveal the length or financial compensation of Shaw’s contract. He’s the second international signed to the Madrid-backed expansion side, and the tenth player to sign on for the club overall.