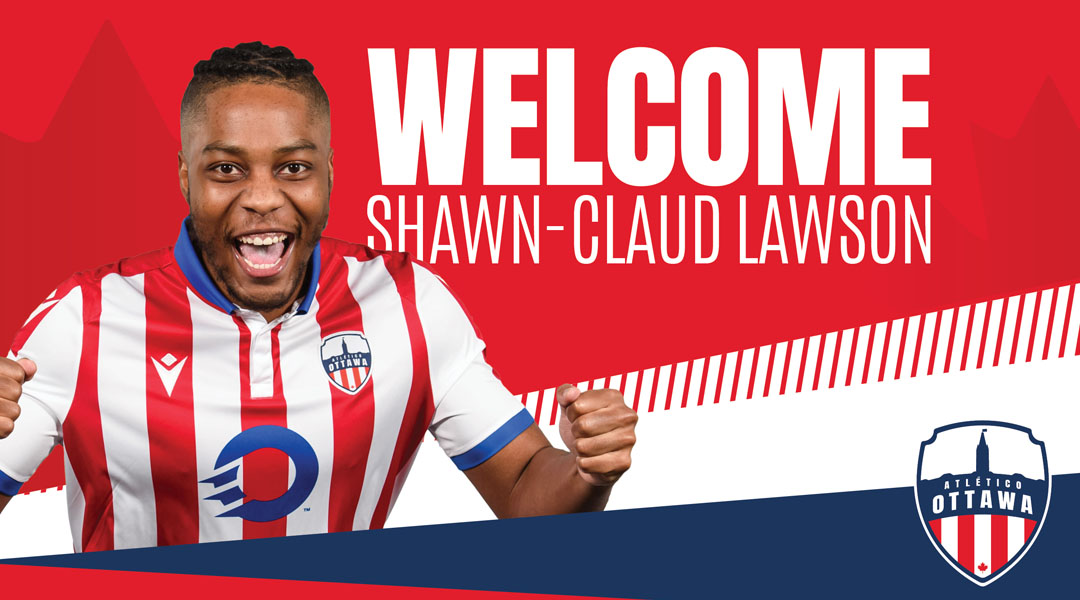 Atletico Ottawa has completed the signing of every player listed in the Soccerway roster leak with today’s addition of Shawn-Claud Lawson, a 27-year-old forward from Toronto.

The Jamaican-Canadian arrives after a highlight chapter with NISA side Detroit City FC, where the former Jamaica U-17 selection won the club’s fan vote for most valuable player in 2019 prior to helping the side to a NISA Independent Cup win last season. He departs as the club’s all-time leading goalscorer with 51 goals.

The Scarborough-born striker spent his youth career developing both in the Netherlands with Feyenoord FC Academy, and then back in Canada with the Ajax Soccer Club, where he hoisted the 2011 Ontario Cup and a Canadian National Club Championship.

Prior to pursuing a university education in Oakland, he made a single appearance for Jamaica at the U-17 level against Mexico at the 2011 FIFA U-17 World Cup. Between 2012 and 2015, he then made 78 appearances for Oakland University in both midfield and forward positions, scoring eight goals and contributing seven assists as his team won the Horizon League Championship in his final two years.

He had simultaneously joined Detroit City FC in 2013, who were an NPSL team at that point, before being signed as a full-time player in 2016. He would make his mark with the team, with the DCFC all-time goal leader them to NPSA Northwest Region Championship in 2016 and winning the NISA Fall Tournament Championship in 2020.

To that end, it’s no surprise that Atletico Ottawa CEO Fernando Lopez is hailing him as a proven talent:

Shawn-Claud is an experienced winner and has a high soccer IQ. He is a very skilled player, versatile and a good shooter. He adds significant depth to our forward group and has proven he knows how to put the ball in the back of the net

The Canadian Premier League expansion team has now signed eighteen players ahead if its second season, which was recently delayed due to the persistent impact of the COVID-19 pandemic. Atletico Ottawa CEO Fernando Lopez has stated that once the club’s Spain-based preseason plans conclude, what happens next will depend on ongoing conversations with the league and health authorities – and it appears time for the club to get a due answer.

The club will also be announcing the signing of Canadian defender Drew Beckie in the near future, with the player already openly wearing Atletico Ottawa team gear in social media posts. Once that signing is made official, it would still leave the CPL side with four roster spots, three of which could be used on internationals.

It remains to be seen if any of the side’s CPL-U SPORTS Draft picks are ultimately brought in on developmental contracts. They were not invited to trial at the club’s preseason in Spain.

While Lawson was labelled as a striker by the Atletico Ottawa announcement, it’s worth noting that he arrives with a lot of midfield versatility too – something that head coach Mista was certain to make mention of in his signing announcement.

Atletico Ottawa did not disclose the financial details or length of Lawson’s contract with the club.