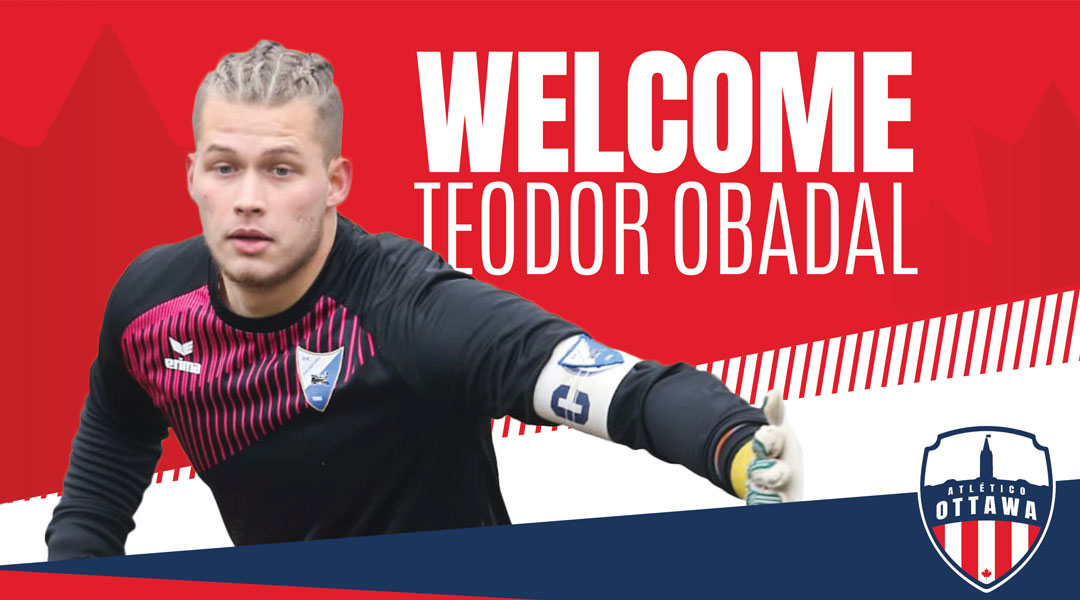 Atletico Ottawa has made its second goalkeeper signing official with today’s announcement of Teodor Obadal.

The 19-year-old goalkeeper had already been named in the Atletico Ottawa Soccerway roster leak last month, and had even revealed his own arrival in Spain when Atletico Ottawa began preseason training in April.

While today’s signing doesn’t come as a surprise, it’s good to get a deeper look at a young goalkeeper who comes in as a large unknown to most Canadian soccer fans.

Obadal arrives from FK Lokomotiva Belgrad, where he made over 70 appearances for the senior team in the Serbian third tier. He made his debut with the side at the age of just 16, and even captained the team last year prior to signing with Atletico Ottawa.

That’s certainly a good amount of first team experience for a 19-year-old, though it’s still expected that he will slot in as the number two choice behind former Eddie Dylon Powley. That being said, CPL preseasons have traditionally seen plenty of starting spots change hands in terms of goalkeepers.

The Canadian Premier League expansion side has is shifting down from three goalkeepers to two this year, with iron man goalkeeper Nacho Zabal and his Canadian backup, Ricky Gomes, both having departed the team earlier. Horace Sobze Zemo is not expected to return.

Obadal, who is eligible for both Canada and Serbia, attended a Serbia U-19 national team camp recently. His Canadian heritage comes by way of his mother, who was a long-time resident of the country.

Should Obadal get any gametime this season, he’d be one of the youngest goalkeepers to appear in the league – though it appears that 17-year-old former York United man Ezequiel Carrasco may have the title of youngest CPL goalkeeper for some time yet.

The club has now rostered sixteen players for the 2021 Canadian Premier League season, with Obadal the latest Soccerway leak to be confirmed behind the likes of Ryan Telfer, Chris Mannella, Zach Verhoven, Jordan Webb, and Dylon Powley.

The club appears to have also brought in veteran defender Drew Beckie.

Atletico Ottawa did not reveal the length or financial details of Obadal’s contract.