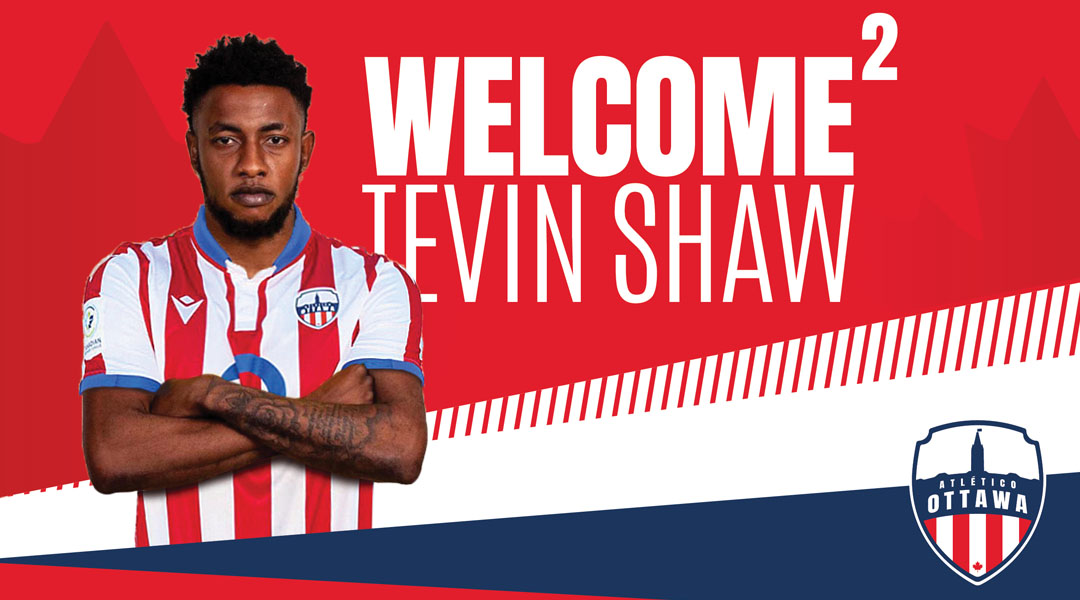 Jamaican midfielder Tevin Shaw wasn’t able to join Atletico Ottawa for its inaugural Canadian Premier League season, but that hasn’t stopped the club from re-signing the promising 23-year-old for its second campaign.

Today, Atletico Ottawa made the re-signing of Tevin Shaw official, with the international becoming the club’s seventh roster addition for its second-ever Canadian Premier League campaign.

Tevin is a dynamic and versatile player with a wealth of experience at the professional level. We are looking forward to finally have him join the club. Shaw has been working hard, silently, and showed patience throughout the 2020 season while at home in Jamaica. We are ready to welcome him to Ottawa and truly show the country the talent he has inside.

When we spoke with the Jamaican midfielder last year, he believed that the expansion side could challenge for the title from the get-go. While the side proved competitive in PEI, the squad ultimately missed out on the group stage of the bubble tournament and went home early.

With midfield engine Francisco Acuna now having left the side to join Club Necaxa in Liga MX, the Ottawa-based club might see a lot of change in its midfield shape. While Shaw is primarily a defensive-minded midfielder, it remains to be seen how he’ll be deployed when he arrives to the nation’s capital.

The club’s head coach, Mista, describes him as a technically gifted player who was missed in the club’s inaugural campaign. To that end, Shaw found it difficult to watch from afar, too:

I am excited to re-sign with Atletico Ottawa, it was difficult to watch the Island Games from home in 2020. I felt like I should have been out there on the field with the squad. I can’t wait to get started in Ottawa.

Before signing with Atletico Ottawa last year, the midfielder plied his trade with Red Stripe Premier League side Portmore United. He had made 21 appearances for the side that season, including a ninety minute showing against Cruz Azul in the Concacaf Champions League.

Shaw also earned six caps with the Jamaican national team in 2018, making his debut in a friendly against South Korea and featuring in a string of other friendlies. After sitting out of competitive action last year, he’ll be eager to take to the pitch and prove his worth for a potential Reggae Boyz call up.

Atletico Ottawa has now announced seven players for the 2021 Canadian Premier League season, with Shaw being the second confirmed international behind Vashion Neufville, though on-loan midfielder Viti Martinez is also expected to return.

The length or financial details of Tevin Shaw’s contract were not disclosed by Atletico Ottawa.