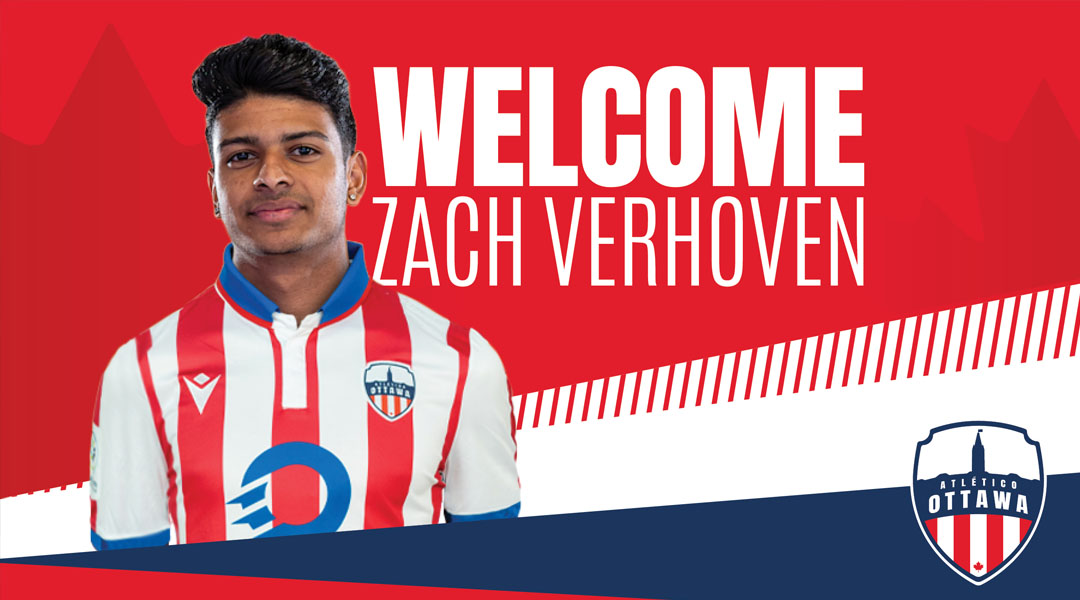 The 22-year-old right winger was one of eight domestic athletes named in the Atletico Ottawa roster leak, with his arrival largely having been expected for months. He joins Chris Mannella and Dylon Powley as confirmed intra-league additions to the team, with Ryan Telfer expected to be announced in the near future as well.

Verhoven spent the previous two seasons as a mainstay for Pacific FC, making 33 appearances for the side across all competitions while scoring three goals and notching four assists during that time.

His departure from Pacific FC was announced in October, with Pa-Modou Kah telling us that the young midfielder had requested an opportunity to ply his trade elsewhere. Today’s signing announcement marks the first time the Surrey-born athlete will play for a team outside of British Columbia, with Verhoven having previously developed with the Surrey United Soccer Club, TSS Rovers, and the Whitecaps Residency Program.

We followed Zach closely at the Island Games and we were impressed with his performance. One of our goals from the outset of this club and the Canadian Premier League is to develop young Canadian talent, bringing Zach on board allows us to continue working towards this goal. He is a player with flair, and he can create scoring opportunities. We look forward to seeing his continued development this season and beyond.

A proven talent at the CPL level, Atletico Ottawa head coach Mista states that Verhoven has a bright future ahead of him with the club, describing him as both a talented young player and a bright person.

Zach was one of only two Pacific FC outbound player movements following the Island Games, with the other seeing Noah Verhoeven sign complete an intra-league move to York United.

Verhoven becomes the fourteenth player signing for Atletico Ottawa ahead of the 2021 CPL season. We can confirm that Drew Beckie, Ryan Telfer, and Brian Wright are also with the side, with other roster leak members like Teodor Obadal expected to be announced in the near future.

Atletico Ottawa is now fifteen days into its Spain-based preseason, where the team recently saw out a 1-0 victory over Spanish fourth division side Gimnastica Segoviana CF. The club is presently in Alcala de Henares, where they are expected to participate in at least 2-3 more preseason games – including one against the Atletico Madrid reserve team.

The details of the length or financial compensation of Verhoven’s contract were not disclosed by Atletico Ottawa.