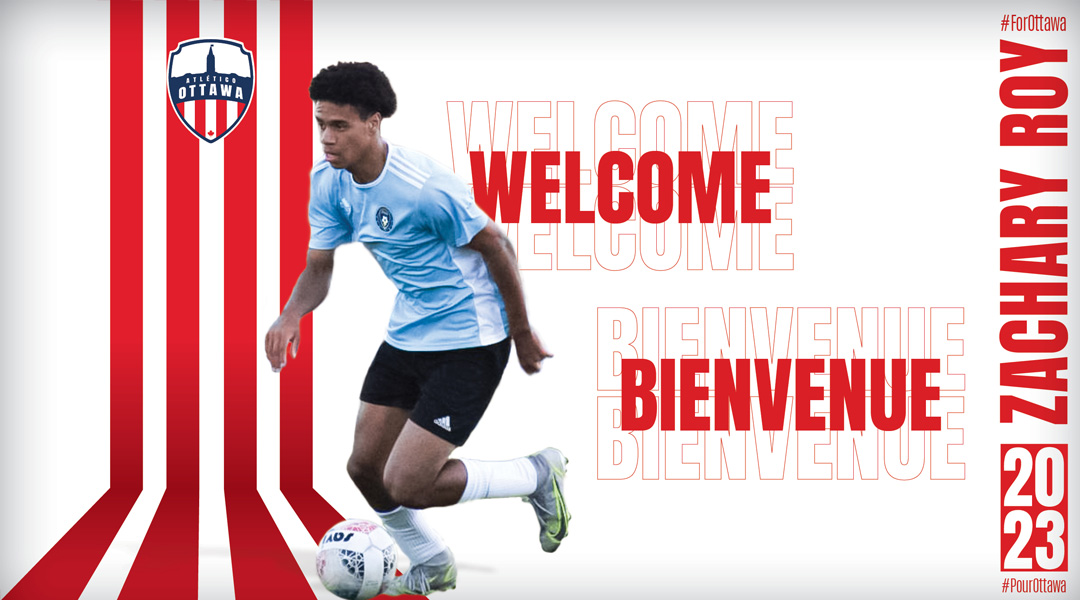 The second-year Champlain Saint-Lambert College student has signed a two-year deal with the CPL side that includes an option for 2024.

Roy will arrive as a relative unknown to the league, with the club touting him as an up-and-coming talent who it hopes will show plenty of growth through his stay at TD Place.

Zachary is still very young, but has shown so much potential already. He is the definition of a modern full back, one that loves to get forward and join the attack. We’re excited to see what he can develop into over the coming years.

The Saint-Bruno born full-back will be a familiar face to Zakaria Bahous, with both stemming from the Champlain Cavaliers in CCAA action.

Like Bahous, Roy also arrives with PLSQ experience, though he played for CS St-Hubert instead and mostly featured for its reserve and U-21 sides.

As reported by the Capital City Reporters Group, Roy had also appeared in an Ontario-vs-Quebec CPL U-21 showcase back in 2019, where he was deployed as a right-winger against eventual York United addition Max Ferrari.

The five-foot-eleven defender becomes the eighth brand new addition to the club this season, signing alongside veteran goalkeeper Sean Melvin this Friday.

The Atletico Ottawa roster includes full-backs Zach Verhoven, Miguel Acosta, and Maxim Tissot, suggesting that Roy arrives as a depth option who will start to collect his first minutes at the professional level.

Any minutes collected by the youngster will count towards the club’s domestic U-21 minutes, though it remains to be seen whether the club has found another Antoine Coupland.

Zachary Roy arrives on a two-year deal with a club option for 2024.