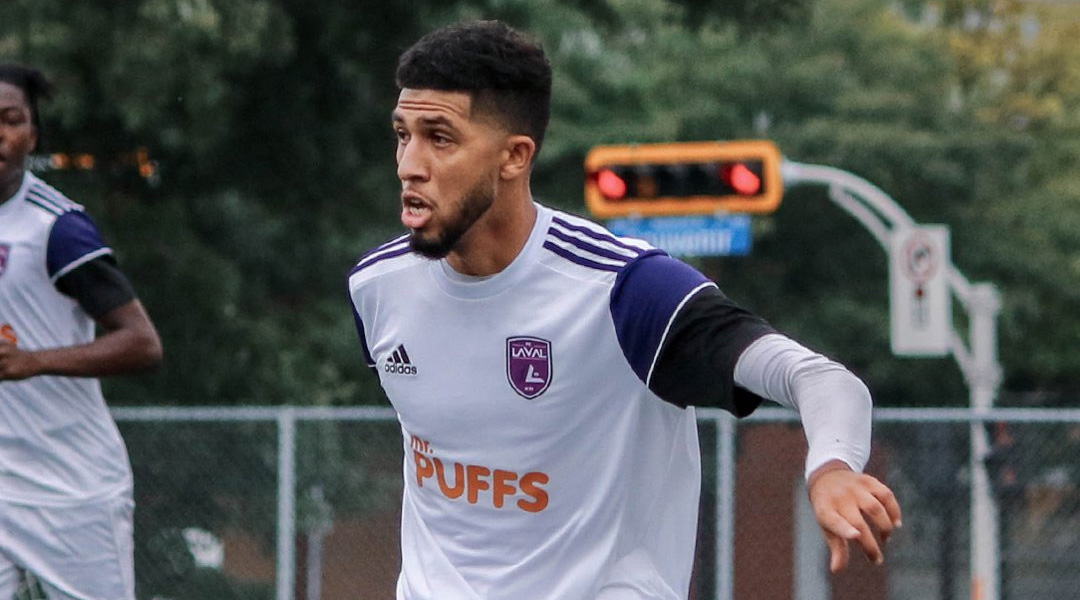 It was just under a month ago that we speculated Zakaria Bahous was en route to the Canadian Premier League, and today it’s official: Atletico Ottawa has signed the promising midfielder to a two-year contract with a club option for 2024.

The 20-year-old midfielder has proven to be a standout talent that PSLQ level, where he’s played since he was just fifteen.

Zakaria is an excellent technician, someone who is able to link up with teammates in all areas of the pitch. We’re looking forward to seeing his scoring ability at work for us.

Last season saw the six-foot-tall Bahous finish his collegiate career with the Champlain College Cavaliers, where he scored ten goals in just nine games en route to a CCAA Player of the Award. He had donned the captain’s armband with the Cavaliers whilst simultaneously featuring for PLSQ side FC Laval.

Zakaria’s early start in the developmental league saw him sign with hometown team CS Longueuil in 2016, where he was described as a standout athlete for his vision and technique all the way back in 2018. Proving to be comfortable in several midfield positions, the versatile youngster arrives with a high ceiling at the CPL level.

The promising signing is one that should excite Atletico Ottawa fans, especially given that his time in CS Longueuil saw him develop amongst CPL athletes like Mamadi Camara, Pierre Lamothe, and CPL standout Mohamed Farsi, who will be joining MLS Next Pro side Crew 2 this year.

The 20-year-old described his move to Atletico Ottawa has a huge step for him, stating that he was excited to make good on the new opportunity.

Bahous becomes Atletico Ottawa’s first domestic U-21 signing of the season. The club has already added Cameroonian defender MacDonald Niba this morning, with a further four signings still yet to come.